“Nothing of me is original. I am the combined effort of everyone I’ve ever known.” is among the famous quotations from Chuck Palahniuk’s novel Invisible Monsters. Whether one agrees or not, we are the result of an ongoing exchange with the other, and perceive ourselves as same or different as someone else.

Where’s Art talks to Rome-based Italian artist Mariana Ferratto about her practice focused on the issues of identity and relation as well as her solo show opening at The Gallery Apart on Friday, 13 February 2015, while broadly reflecting on history, power, and social interconnection. 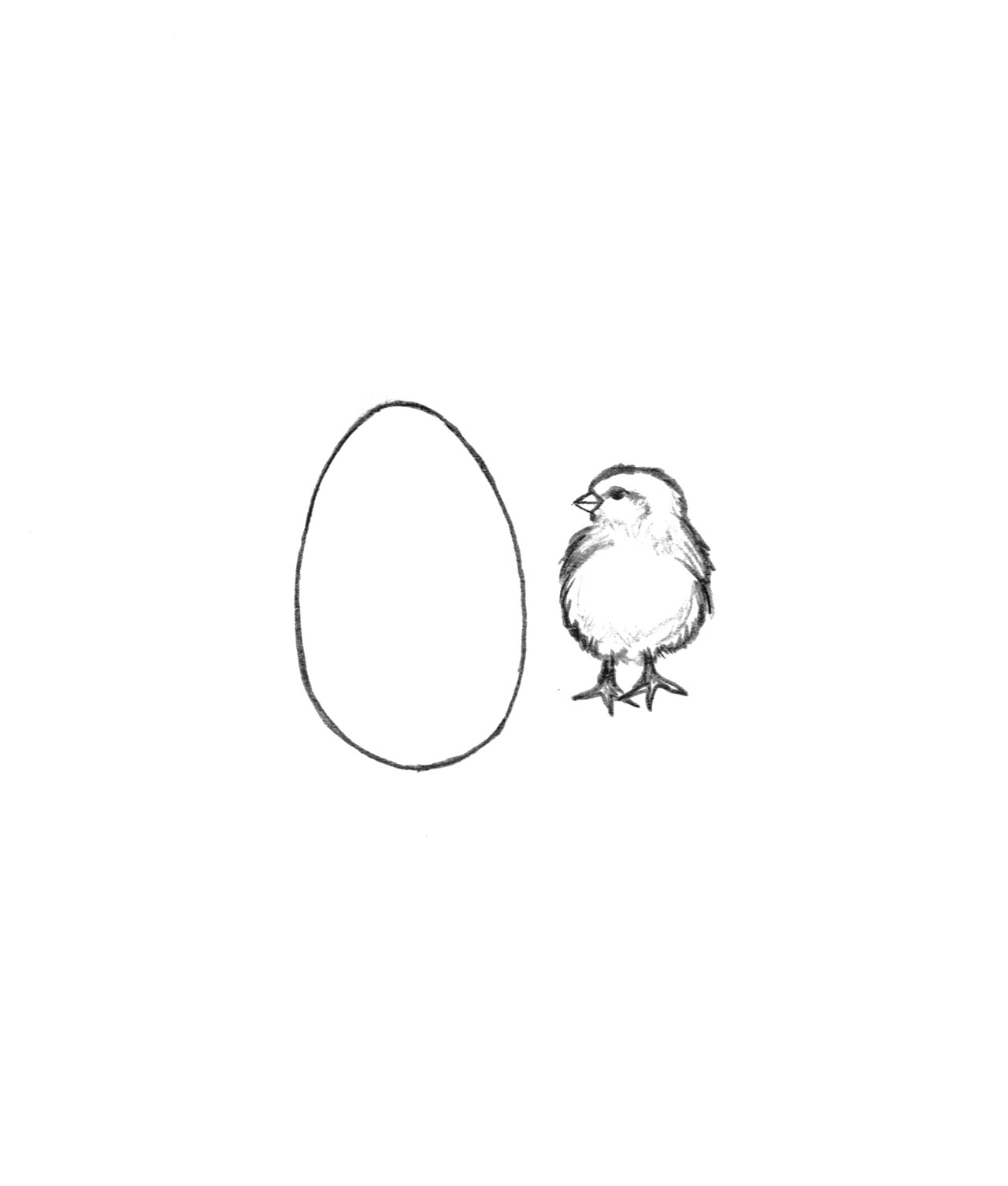 It’s about relationship and identity, themes that I consider as complementary. Sometimes I focus more on the one, rather than on the other, and vice versa, but in the end the identity is when we relate to and connect with other people. 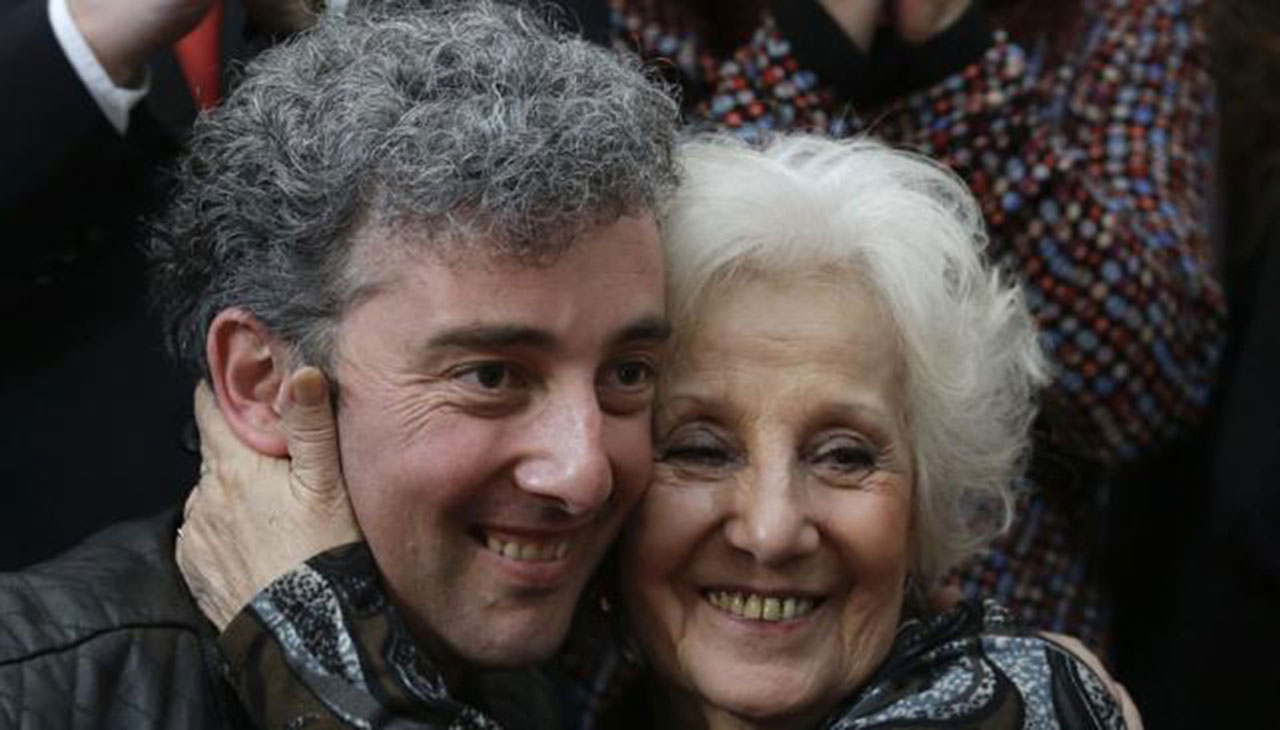 Where does your interest in the issue of identity originate from?

My origins are from Argentina as are my parents; I have been working on the theme of identity for many years. Like me, many Argentine artists research on this topic, it is part of our DNA.
My parents are political exiles; Argentina counts an entire generation of kids whose parents are exiles, or even worst desaparecidos. Treating the theme of identity in my work is like building my own self; many children born from “disappeared” parents have been entrusted to the same soldiers and generals who had unjustly imprisoned their dear ones as allegedly thought as government opponents.
Recently, several humanitarian organizations such as the Asociación Madres de Plaza de Mayo and H.I.J.O.S. demand answers from the government. These Argentinian Mothers, for instance, meet every Thursday in the famous Plaza de Mayo in Buenos Aires so as to stop the silence and the omission about their kids’ death during the Dirty War.
In fact, whereas Fascism in Italy was historicized, facts like that in Argentina have begun to be considered as “historic” in the last few years. The association of H.I.J.O.S. is formed by the children of the disappeared and political exiles: like these groups, there are many other humanitarian and activist organizations fighting to obtain justice for the victims of the past state terrorism.
As I said, among other events related to the Argentina dictatorial period and the “disappeared” people, there was the practice of entrusting children who were born to mothers incarcerated, to the soldiers and those who had been responsible for the imprisonment of their natural parents. These children have grown up, consciously or unconsciously, as children of the “executioner”, with an clear problem of personal identity. Over the past decade, the organizations of mothers and children, who have been committed to seek “the disappeared” for over thirty years, began a search of their children. 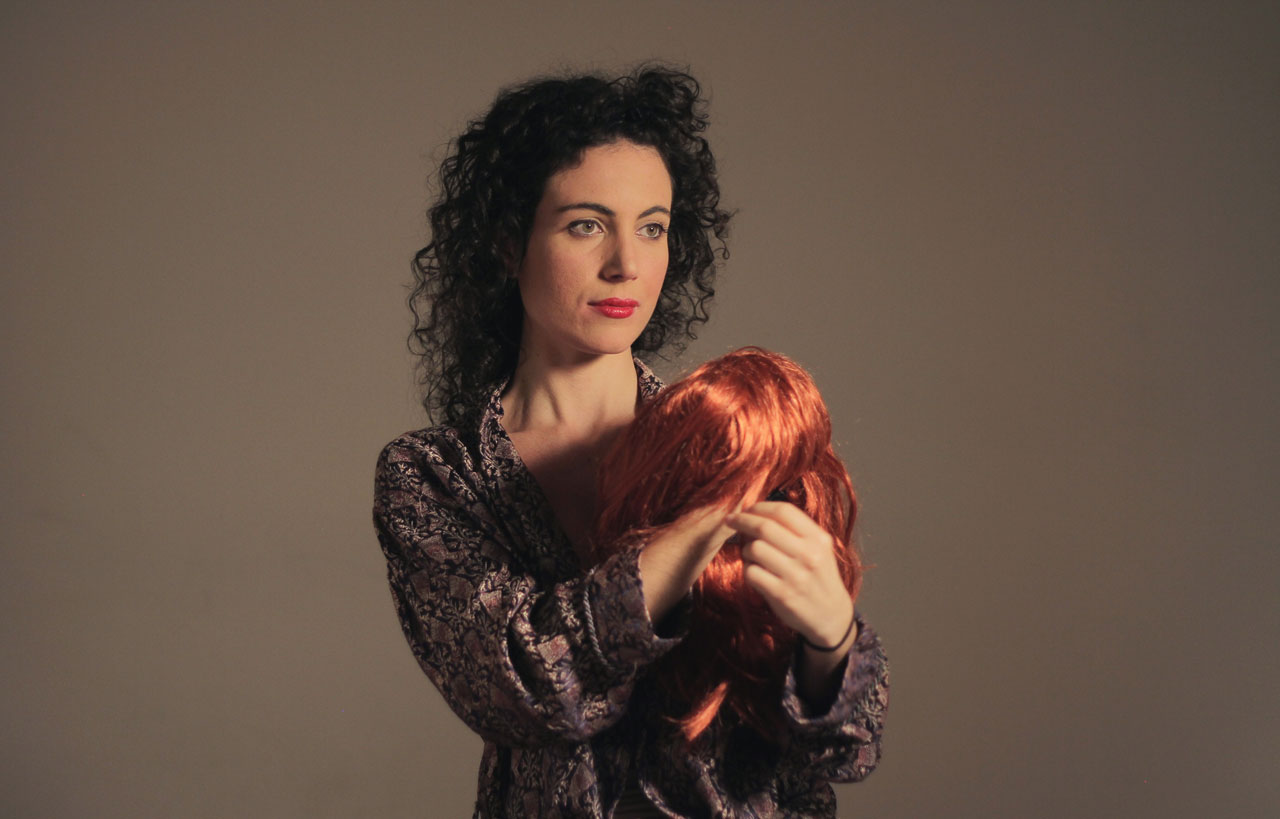 How would you describe the exhibition you are about to open at The Gallery Apart? And why did you come up with the title “Esercizi per occhi pigri” (Exercises for lazy eyes)?

In this exhibition, I focused on the issue of identity. Although the title partly references the works on view, it inherently explores the issue “relationship-identity” that I wanted to investigate. The show draws its title from those dedicated eye exercises the ophthalmologist prescribes to treat eye problems that cannot be corrected with glasses. This disorder of sight is scientifically called amblyopia, and arises from a problem of the eye muscles that are too weak to keep a straight position for a long time. Among these exercises, the most common is to connect two elements through the movement of the eye muscles. Usually are a bird and a cage that one should see one inside the other.

One of the work consists of a series of tables enabling these exercises to be completed by viewers. I drew several complementary pairs, such as for instance a man and his heart, the cage with the bird, the egg and the chick, all images that enhance each other’s identity, just as in human relations. I do not know whether people will play with that, but it is something that I hope!

As for the other project, I was inspired by a video of a demonstration in Argentina I saw one day, in which there were several women with long brown hair and dark eyes, women looking like me. In the video you could see the mass, not the individuals. I began to send out via Facebook and email my request to connect with women in Italy and Argentina resembling my physical appearance, so as to explain to them the project and ask them to participate. Then I sent them the video instructions in which I was showing how to act as the camera were my mirror, inviting them to do the same.

Is this an ongoing work?

Yes, this is a project in progress, meant to comprise a large number of videos. In the exhibition, it will be featuring just six projections. The idea is not so much that of the doubles, but of creating a sense of belonging. People who responded are Italian and Argentine, because of my Italian origins, like all Argentine people in the world!

How will it be displayed?

There will be many screenings scattered throughout the exhibition space.

What would you like the audience to take from your work?

My work has many layers of understanding: it can also be read in a very simple and immediate way. I wish to win public’s heart even before their mind. I happened a couple of times to see viewers standing before the works crying because they were moved. I like that the public can open up a dialogue with and look at the work from a different position; as art lover I like that, then I’d like the audience to do the same with my work.

Do you ever take into account the audience’s reaction when working on a new piece?

If that happens, then I am deeply honored. The public was at stake in the project developed with Elena, which considered “interlocutors” in every stage of the process. This public was of course a selected one, an audience of connoisseurs we trusted in and who could help us to develop our work. As for all the other comments in the post-creative process, they were and are always very welcome in order to continue our reflection on the topic investigated. Opinions are always good as they are new perspectives.

How did you come up with the idea of the third work on show?

The way people look always strikes me; I believe appearance influences a lot the understanding and the impression one has of the others. When you see someone, the first impact is necessarily aesthetic, and this too contributes to build one’s own identity. This reflection generated the concept for the third video project, which completes the other two  installations. The video is about a person who plays four different roles in life, resulting in four different videos. Particularly, a woman presents herself appropriately speaking according to the role she plays as a mother, as an actress, as an Italian teacher, and as a student. These “jobs” reflect the very evolution of society today. Besides, the actress refers to a very peculiar Italian bad attitude not to consider this profession, and in general the art workers, as such.

Is there a technique you prefer and/or use more often?

I usually work with video, though I do not exclude the possibility of using other media.

Have you ever participated in a residency program? How did you like it?
I have participated in the FDV Residency within the framework of CareOf DOCVA, in Milan, sharing the studio with artist Elena Bellantoni. 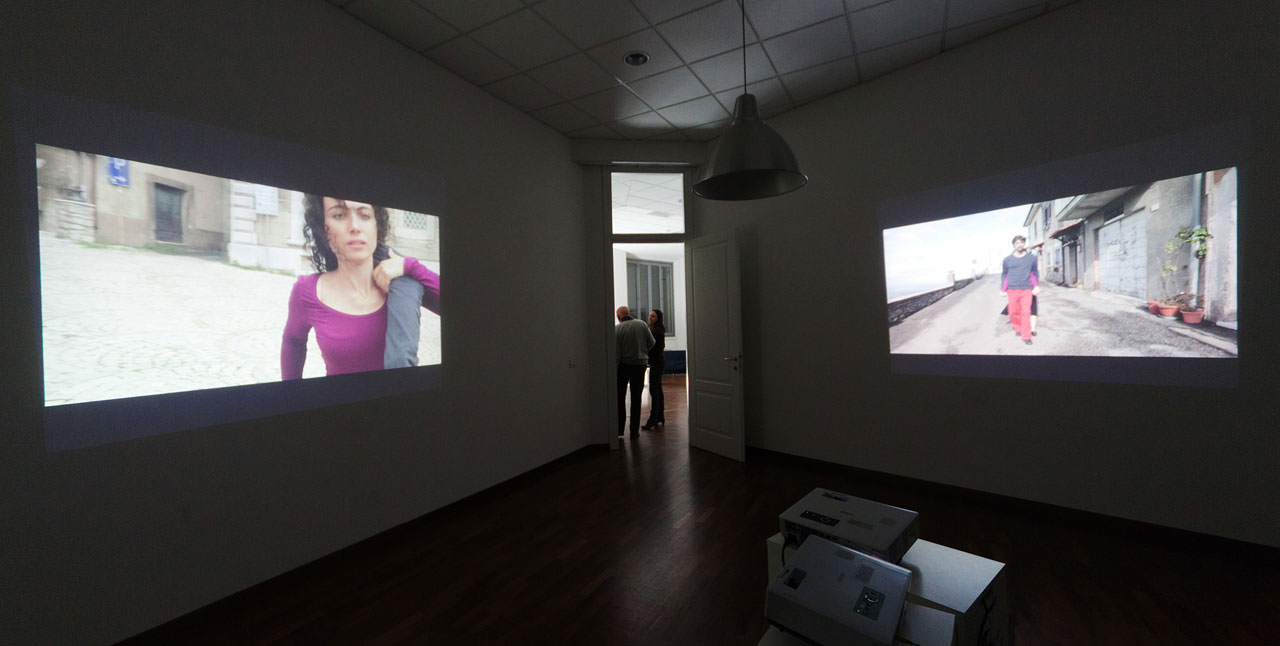 What was your project about? And how did it relate to the body of work in this exhibition?

I have developed the project Il Capo Sono Io in relation to the research of Elena Bellantoni. The relational aspect was certainly at stake, but the focus was on the process. We started investigating the themes of power and relationship, which resulted in two completely different works – a video installation and a video – constantly developed one in relation to the other. This is why we wanted to experience a joint residency.

My work consists of a video performance of sorts, as I have been worked with this medium for several years in the past. Basically, the video films a performance and then I edit it in the post-production so as to create a story. A man and a woman are back to back, each of them tries to go in the own direction, opposite to the other. Basically I wanted to investigate the relationship between the two, in which one can use violence or gentle persuasion to bring one on the own side, as in a game of power.

Il Capo Sono Io, as presented at CareOf, consists of two video projections showing a man and a woman alone in the act of power, walking towards the camera/ viewer. The idea was to reflect on who is the boss and how s/he uses or loses the power when relating to each other. Elena and I have also worked on the Archive of Power. We sent a selection of curators our two questions about power in the art system (relationship artist/ curator) and in private daily life. From this, we have developed a fanzine collecting all the responses that we want to present, but still do not know where. In the context of ViaFarini, this publication was something meant to complete the period of our residency.

Did the answers by the curators match your expectations?

Well, none has spoken about the relationship artist/ curator, but it was funny anyway, and we were pleased to have received a good response; there was collaboration, whatsoever.

In your opinion, what is the curator and what is his / her role? Or what would you like curators to do?

I would love the curator to be an art critic able to put together an exhibition, conceive the idea and the theoretical framework revolving around such a cultural action. Curators I have worked the best were those who I was able to confront and speak with about the work, during both my research and in the making of. As I kind of did with Elena, but she is an artist, and her standpoint is necessarily different from that of a curator. Curator’s contribution may be useful and interesting.

Elena and I already knew each other, this is why we have decided to work together. Both of us use the video, she also is interested in the issue of identity, and we have been confronting a lot about our mutual work over the years, always in an informal manner. So why not to try to really make something together out of this?

Somehow confrontation helps you to understand your own identity; sometimes one tends to welcome too much the other’s research losing himself/ herself into the other’s work, or, on the contrary, one takes the distances at once recognizing how his/ her work differs from that of the other.

A common ground for our project was the audio project. I have worked with one of Newton’s laws, whereas Elena, having used the masks of a wolf and a fox in her video The Struggle for Power, the Fox and the Wolf, focused on the interaction of these animals. We put together a scientific text that we have used as a background sound. I wouldn’t have done it if I were by myself, as a professional couple my attitude has changed a lot. 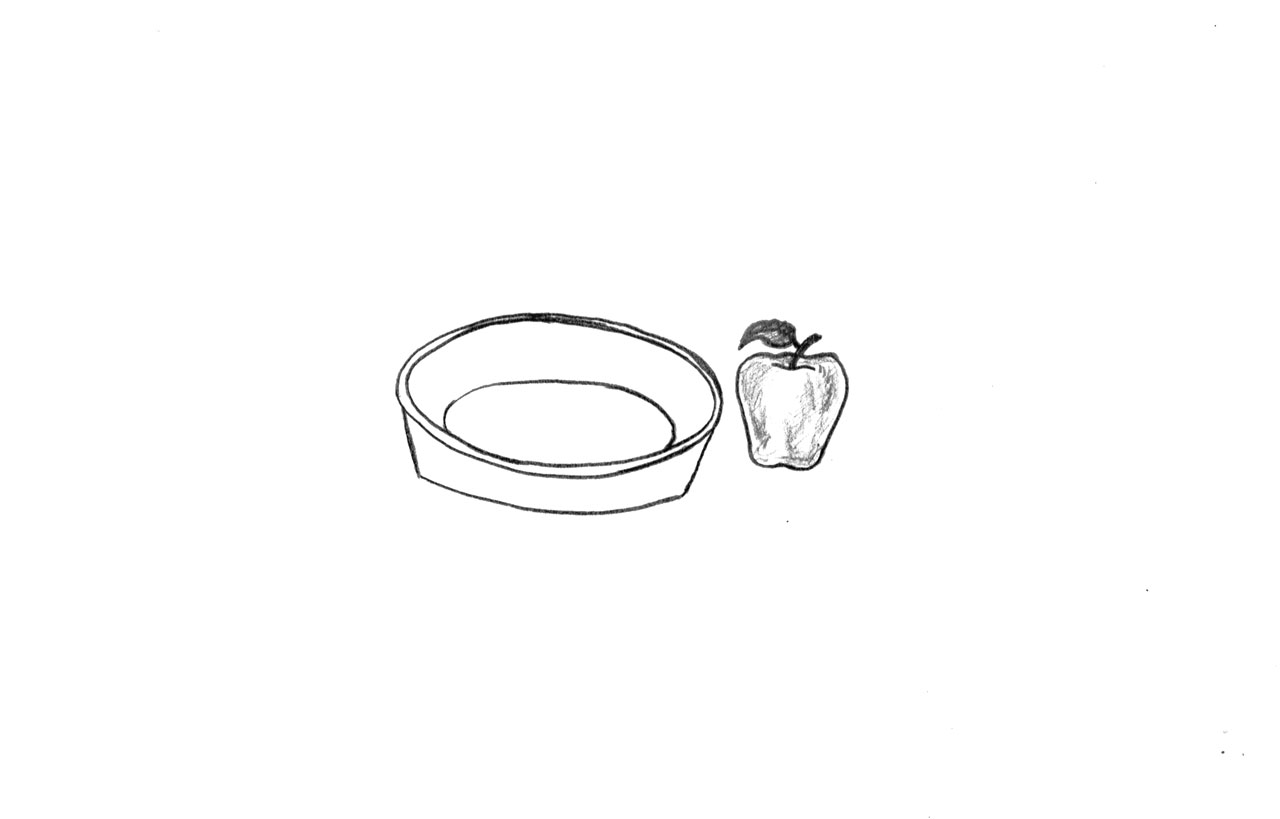