Berlin-based artist Felix Kiessling’s research focuses on scale, distance and vastness, notions which are beyond man’s control and difficult to reach and measure. Where’s Art talks to Kiessling about “Vavilov”, his site specific project exhibited at Roman Galleria Mario Iannelli.

“To the Suprematist the visual phenomena of the objective world are, in themselves, meaningless; the significant thing is feeling, as such, quite apart from the environment in which it is called forth.” – Kazimir Malevich 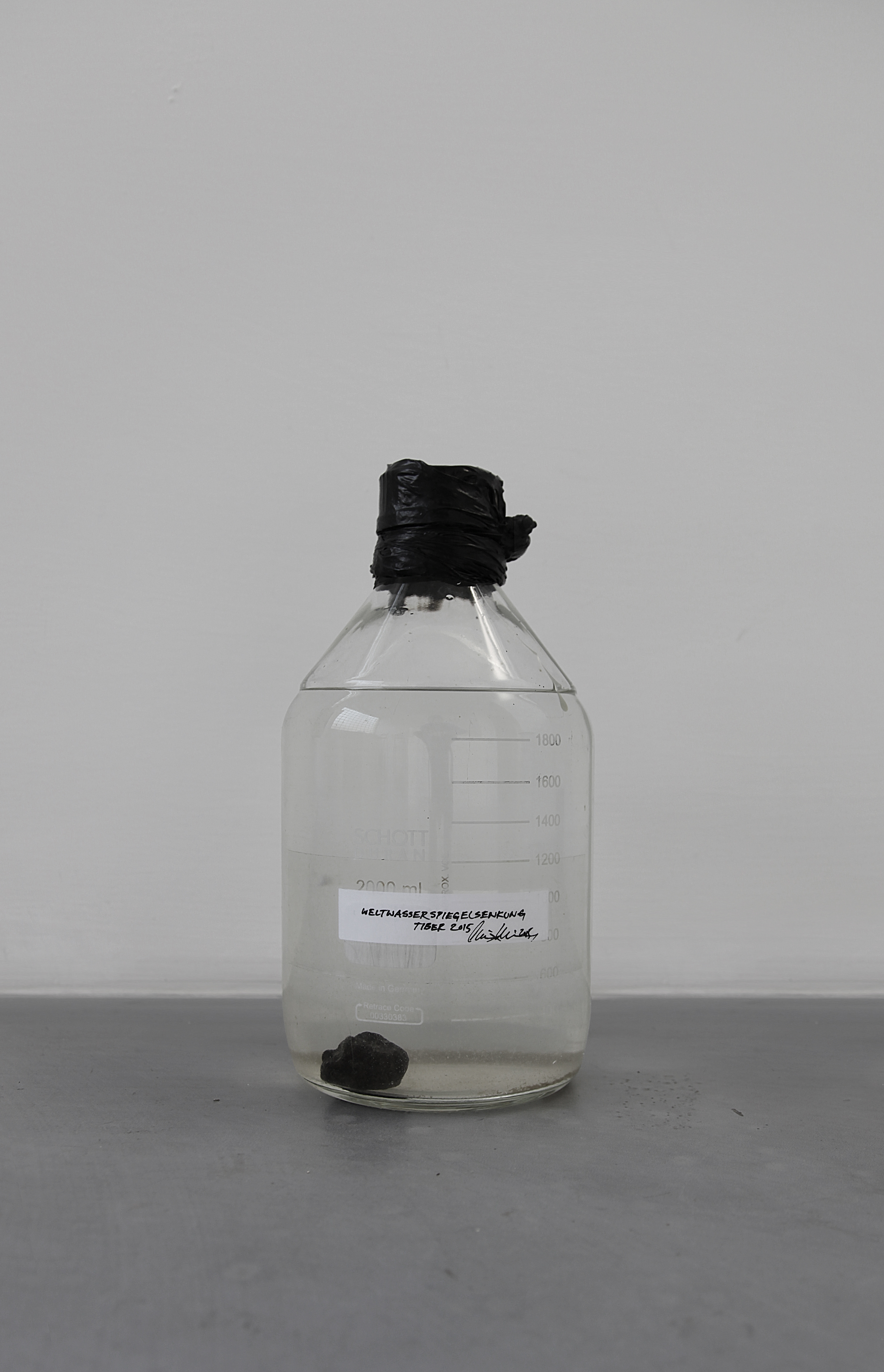 How did you come up with the idea of such “country-specific” project Vavilov?

I work a lot with the outside, distance and scale. In order to question it and test my personal relation to it, I have to go outside; to physically touch the sea floor is an old dream of mine. I have read about this specific volcano online, and liked its name ‘Vavilov’. I liked the fact that it is being described as a tiefseeberg in German (‘deep sea mountain’).

For sure. The place intended not so much in geographical terms, rather in terms of people around you with whom you co-construct everything.

What is it in the world that mostly influences your work (music, horror movies, religion, books, economics, mass media, etc.)?

Since I was born I have a spiraling and vertiginous feeling of standing on a planetary sphere without scale. A sphere in a constant state of instability. I very often feel without position or direction going up or down. This imbalance within the vastness has been turned from panic to my biggest source of inspiration. I also like techno music and funny accident videos as well as trial documentaries, but they don’t inspire me so much.

Your preoccupation with the scale of the planet and your attempt to ponder any single human agency seem to support Kierkegaard’s existentialist thought, according to which individual is the solely responsible for giving meaning to life. Would you expand more on such interpretation?

There is no objective scale, just ours, which we apply to things around us. Accepting the fact that there is a reality beyond implies a great sense of relief and freedom. By doing works that function beyond my mesos­kopic reach and control – and trying to experience and somehow ‘depict’ or ‘propose’ the mental idea of scalelessness in a show – can be seen as an attempt to get in touch with a reality that lays beyond the one our cognitive system is processing, rendering and producing. 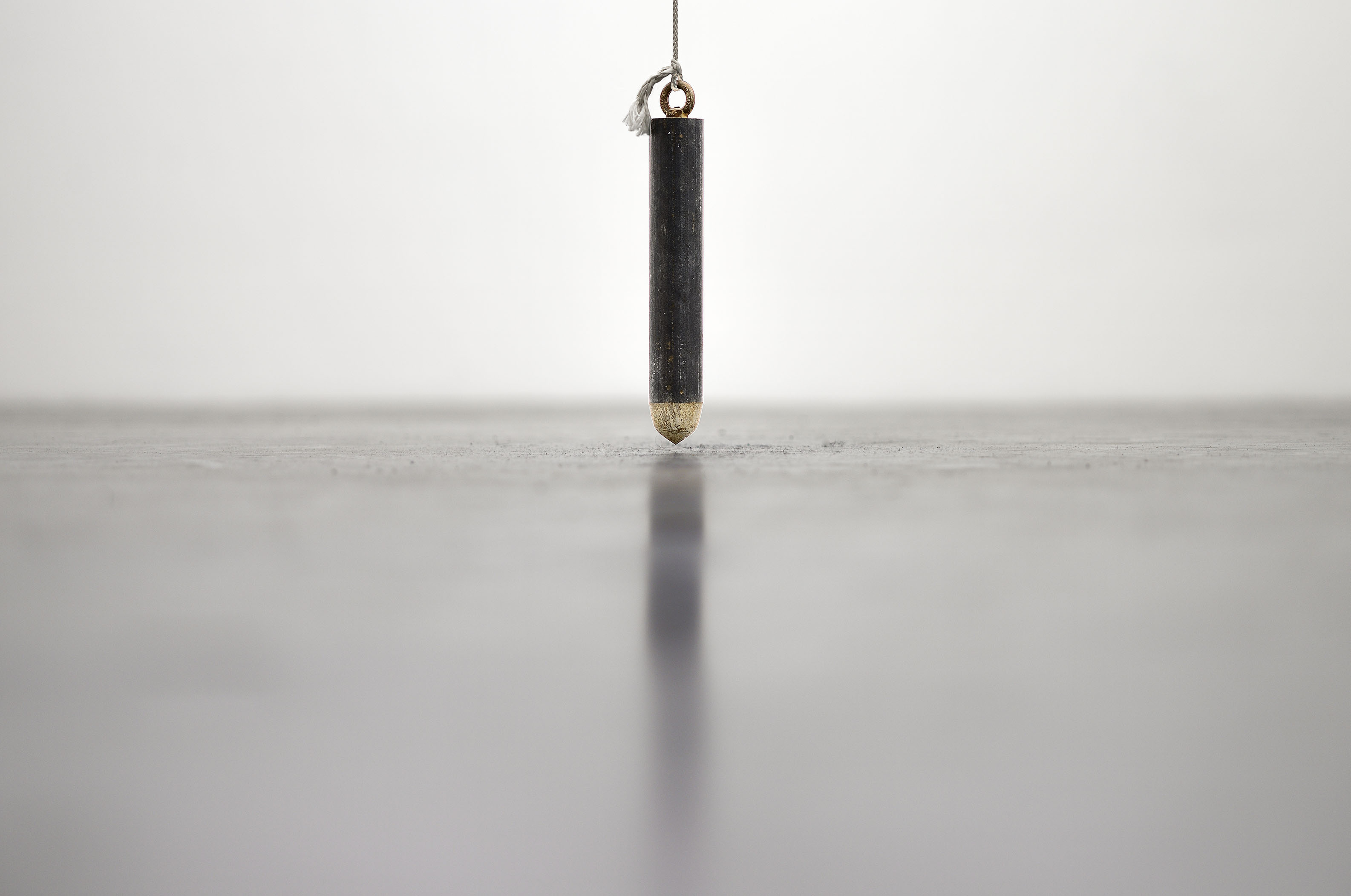 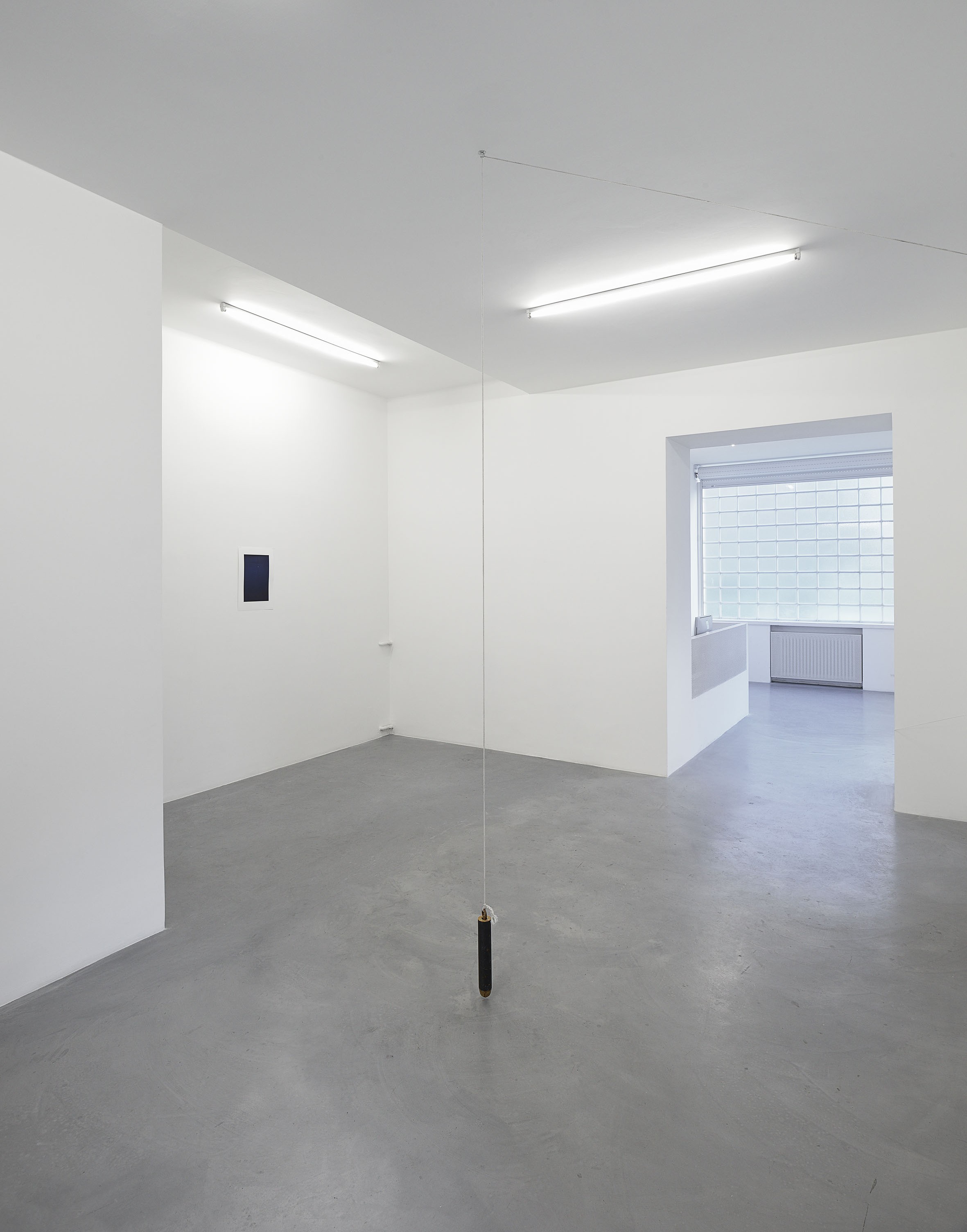 Whereas Vavilov as a whole calculates distances and defines dimensions, the photographic series (which is part of the work) provokes a sense of disorientation and confusion in terms of subject represented and technique used. What is the role of photography in your practice and, specifically in this project?

It‘s always a difficult to debate how to translate an action (touching the sea floor is the actual work) into the ex­hibition context. By simply depicting an action, using photography as a mere mean of documentation, the work becomes flat, enclosed, and easy to objectify; therefore it creates a boundary between the work and the viewer, me and you. I think my experience of scale within this action is relevant to all of us. To actually touch and physically sense the sea floor 800 meters below is an incredible feeling. This is what I want to share. I want the viewer to re-experience the action. My friend, and very good photographer, Johannes Förster helped me to capture these moments. There are shots that work in a more explanatory way to technically allow re-experience; other ones that are more abstract and work in a less rational way, for a more immediate re-experience. All in all, I hope photography did not pin the action down, but rather opened it up. 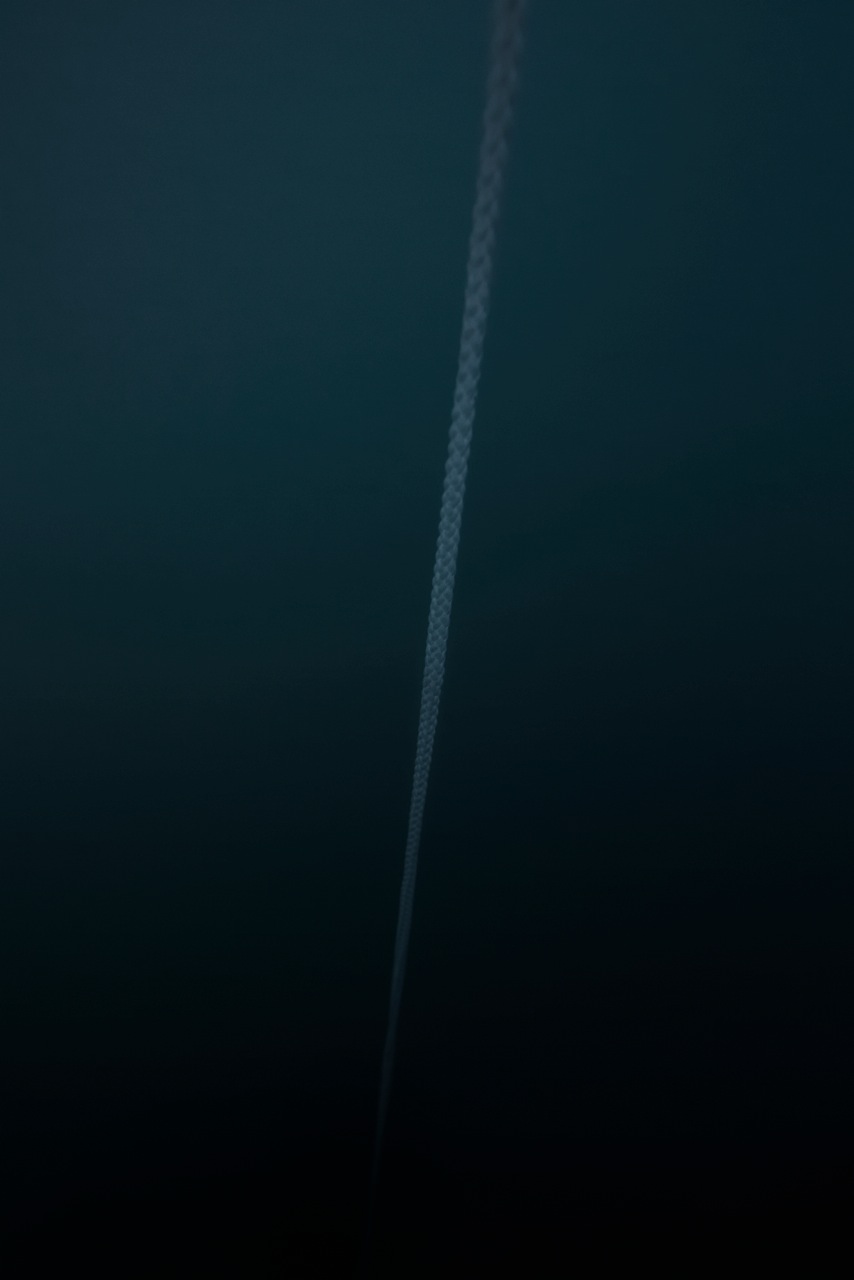 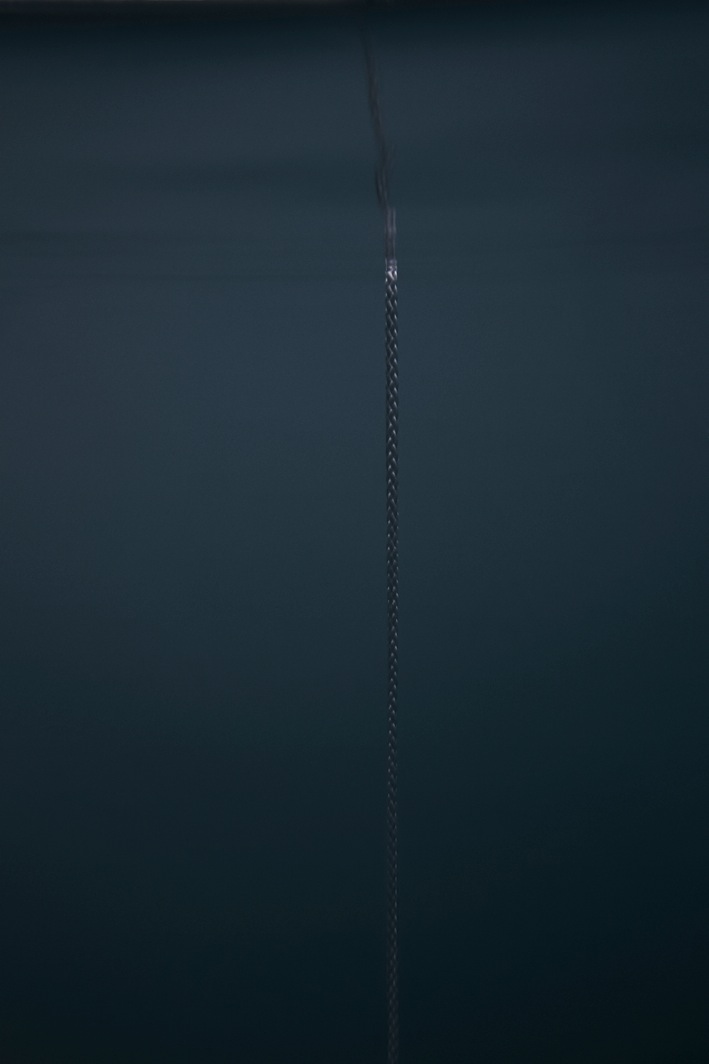 The way the project has been displayed, while it perfectly matches the idea of the vast and infinite surface as the sea is, it is an unconventional one as it leaves the gallery spaces quite empty. Do you ever take into account the audience’s reaction when working on such environmental scale projects?

On the one hand, reality itself is quite vast, infinite, and – observed in detail – quite empty. Formally spea­king, the feeling of being on a little boat far out in the Tyrrhenian Sea seemed to well correspond to the almost empty gallery floor. Conceptually speaking, I have always been inspired by Kasimir Malevich, and follow a strict reductionism by having very little drama in the show. Very little sensation. You, as a visitor, have to do the work yourself. I am not simply going out there, doing my action, have my experience, and then put it there on a plate to be passively consumed. 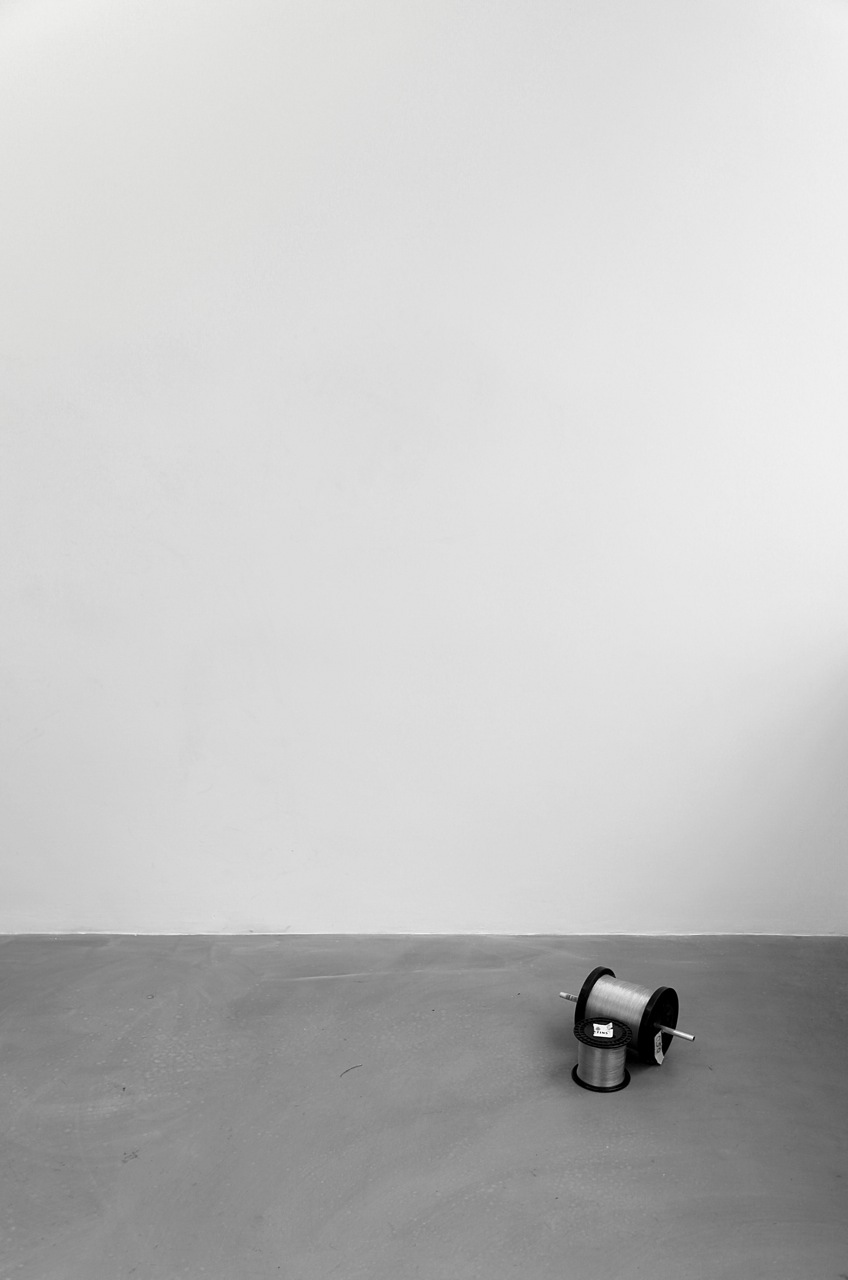