Repetition, symmetry and an abundant use of patterns are the main features of New York-based artist Tauba Auerbach‘s work. Influenced by Op Art paintings from the Sixties and the Seventies, her production shows a great command over the perception of space that she fills out with stripe-based printing or weaving on canvas, and creating kinetic effects of distortion and pointillism.

Where’s Art talks to Tauba Auerbach on the occasion of her exhibition “Reciprocal Score” at Roman independent space Indipendenza, in which she dialogues with the sculptures of German Minimalist artist Charlotte Posenenske. 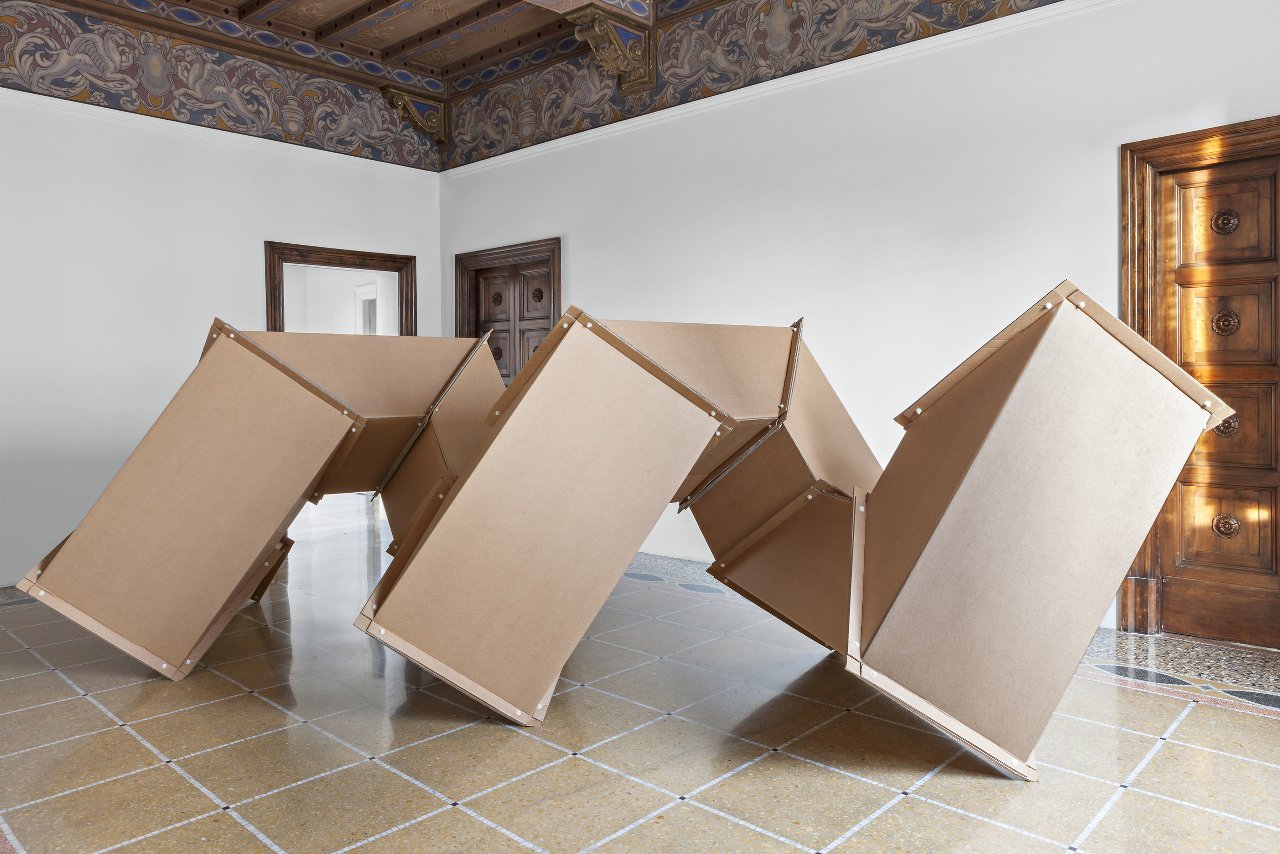 In the exhibition “Reciprocal Score”, you and Charlotte Posenenske share an interest in basic geometric forms, what else makes you dialogue with Posenenske’s work?

A few things came up repeatedly in the conversation I had with her in my head over the last few years: The shared desire to make something boundless with very basic components. The notion of a portal, what it leads to, and what it means if it lead nowhere. Symmetry, repetition, and the possibility — in her case not yet fully exploited, in my opinion— to make a twisting or round gestures out of orthogonal building blocks. A grave discomfort with the intersection between art and commerce and a desire to respond to that in some way. Posenenske’s D and DW series were sold at cost and produced in an unlimited number, as needed, according to specs. For my publishing project “Diagonal Press”, all the publications are open editions and nothing is numbered or is signed, so there should theoretically be no secondary market for the items and therefore no reason to buy them other than purely wanting to live with them. In Posenenke’s case she also chose to exit the art world. I really admire her and her sense of conviction. I also find her work androgynous in a way that I relate to. I hope I did her proud here. 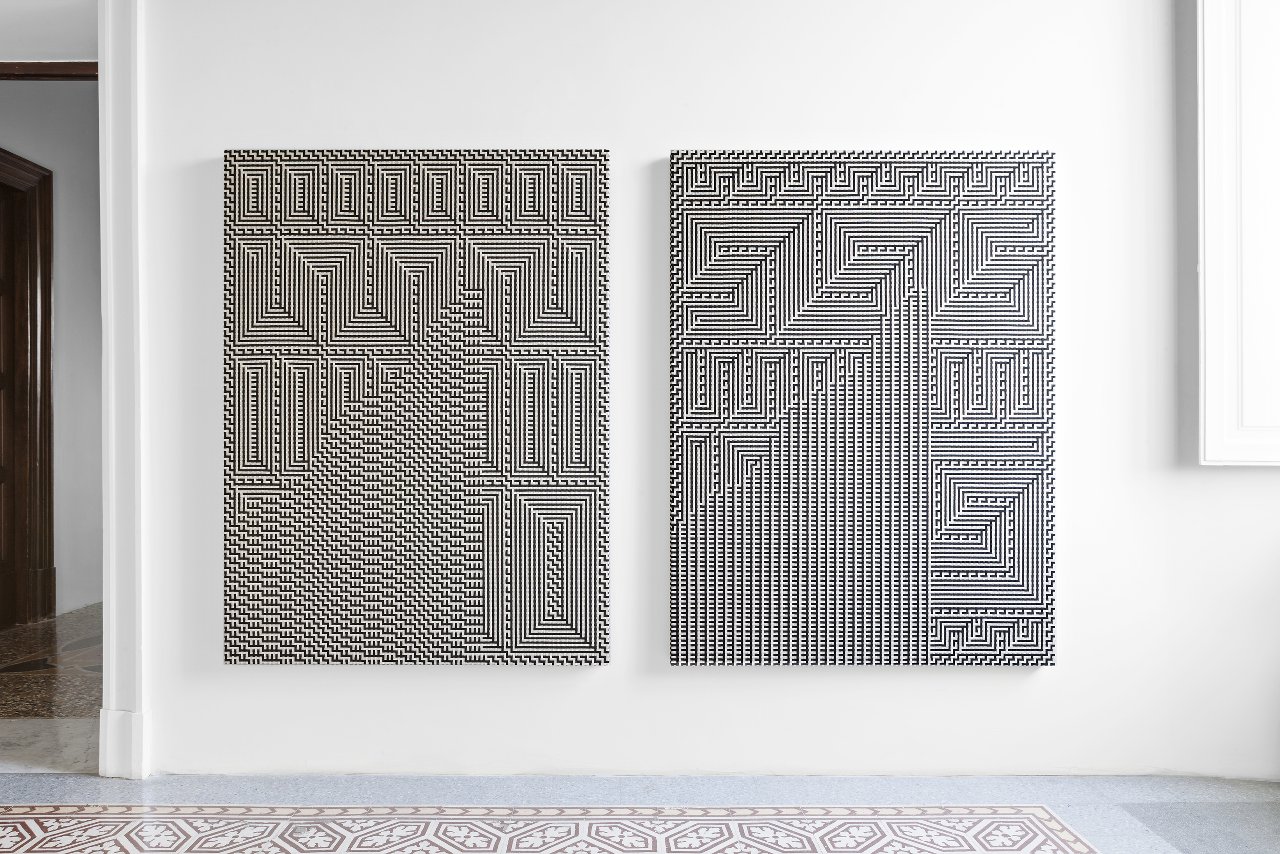 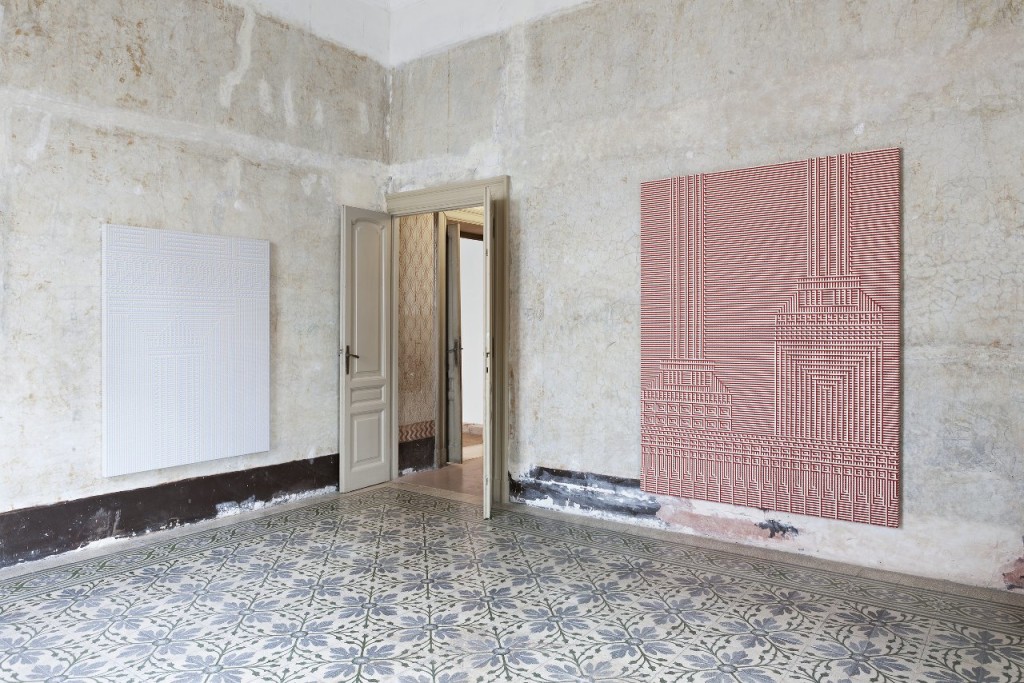 The creation of always new patterns in your work shows a manic precision, is it something that you feel imposed by ‘planning’ or ‘instinct’?

I don’t feel anything like mania. I’m a stoner and a daydreamer, not a really the regimented, ordered person you might expect. I like to be precise, but I don’t like to be rigid. I use a lot of patterns because it just seems natural to me. The world is full of patterns, and the recurring ones show us something about the structure of the universe. There is a lot to be learned from them. They are raw material. Or actually it might be fair to say that material arises from pattern.
For me, weaving is topologically interesting. And it such an early and pivotal technology, so I have a lot of reverence for it. Making patterns in weavings is an activity I’ve found to be rich and boundless and challenging— making me think differently and become more sensitive to subtlety and rhythm. 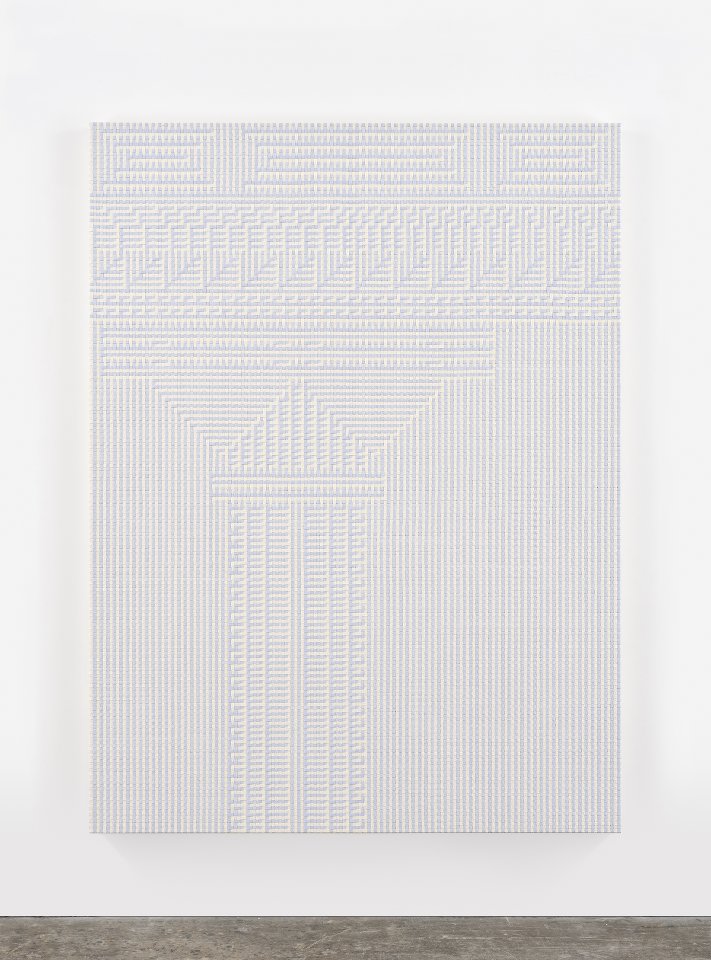 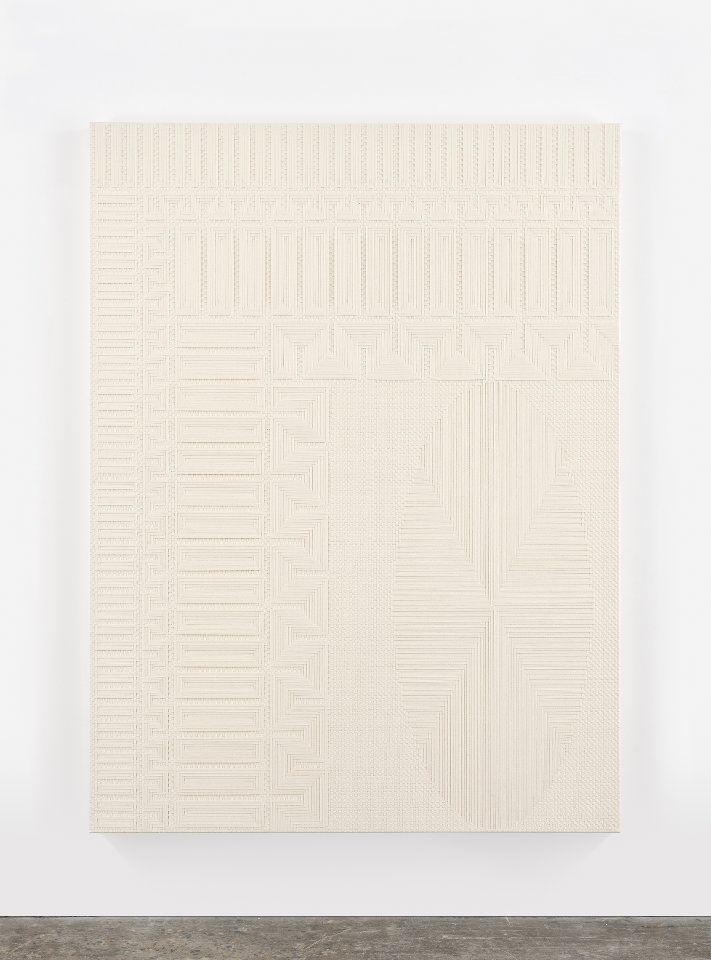 Where is in your work the boundary between art and graphic/textile design, if any?

I’m interested in textile and graphic design, but I’m not trying to do design myself. I’m trying to make things that help me (and hopefully others) study and commune with the fabric of space and time.

What is it in the world that mostly influences the composition of your designs (music, nature, economics, etc)? And what was in Rome that contributed to your new body of works on show at Indipendenza?

For this show I looked a lot at the architecture at Indipendenza and in Rome in general. I came to think that certain decorative motifs have stuck with us through so many time periods and so many different cultures not just because they are entrenched conventions, but because they are deep and tied to natural laws. Take, for example, the classic Greek Key or Meander fret design— I believe this shape has endured because it resonates with the fundamental twisting, chiral natural of life on a microscopic level, and the structure of the galaxy on a macroscopic one. I think we are drawn to these little iterated twists for very primal reasons—— and in surrounding ourselves with these designs we feel contact with the universe. 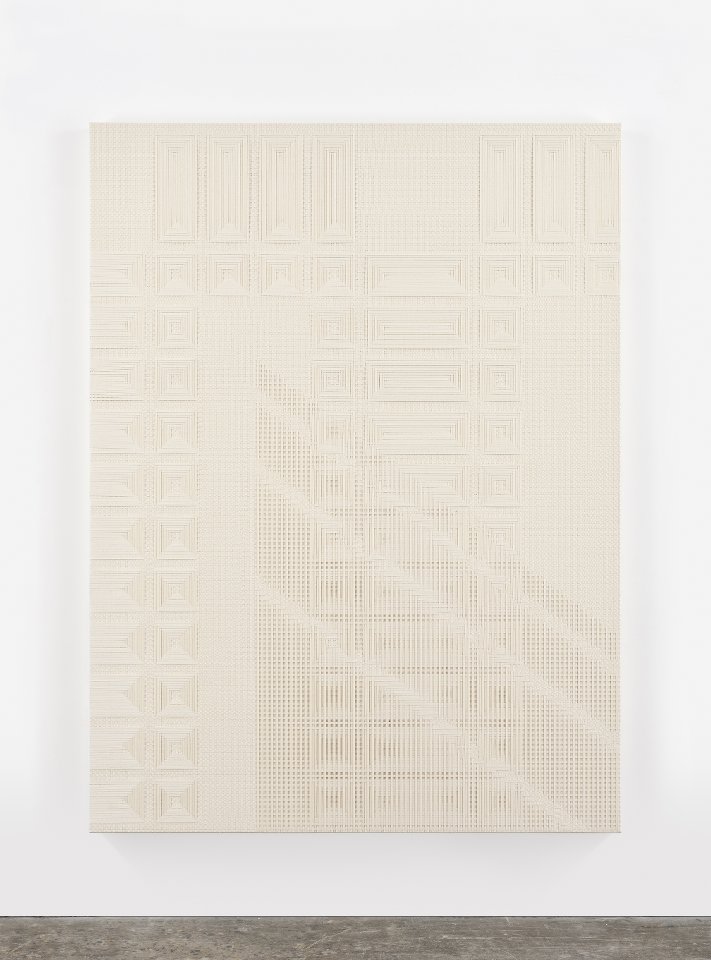 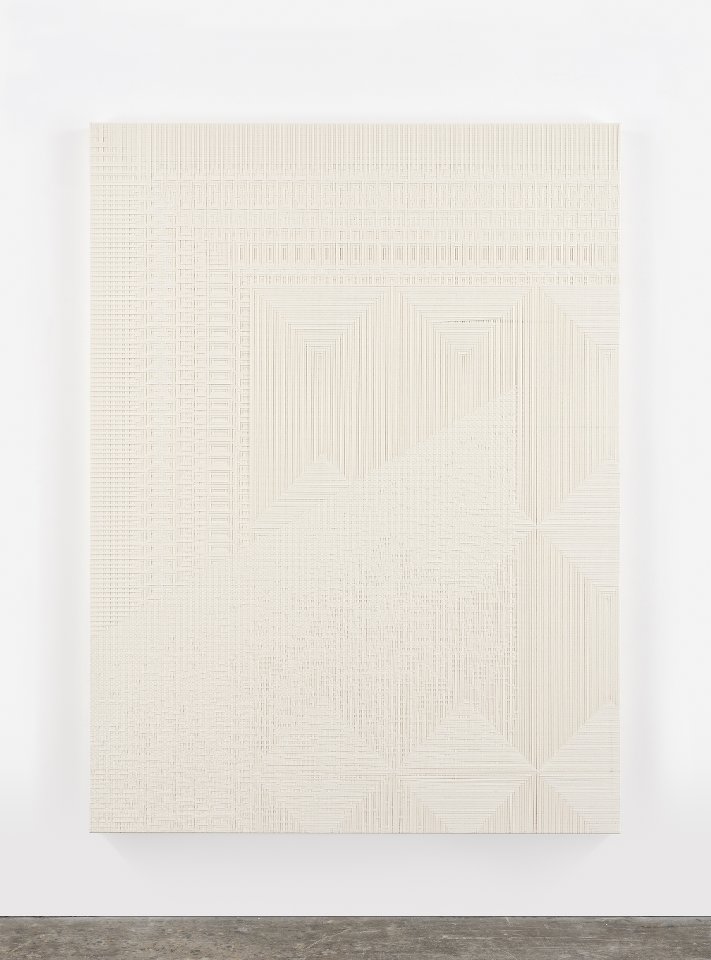