Iranian literature and monochromes in Avish Khebrehzadeh’s solo show “Red, White and not Blue” at Studio SALES in Rome

Home » The Journal » Iranian literature and monochromes in Avish Khebrehzadeh’s solo show “Red, White and not Blue” at Studio SALES in Rome

Monochromes,  sentences collected over the years and hints from Iranian literature are just a few features of Washington D.C. and Rome-based artist Avish Khebrehzadeh’s work presented in her exhibition Red, White and not Blue at Roman gallery Studio SALES di Norberto Ruggeri.

“And so it is with our own past. It is a labour in vain to attempt to recapture it: all the efforts of our intellect must prove futile. The past is hidden somewhere outside the realm, beyond the reach of intellect, in some material object (in the sensation which that material object will give us) which we do not suspect. And as for that object, it depends on chance whether we come upon it or not before we ourselves must die.” – Marcel Proust, In Search of Lost Time (Remembrance of Things Past): Swann’s Way, 1922-1931 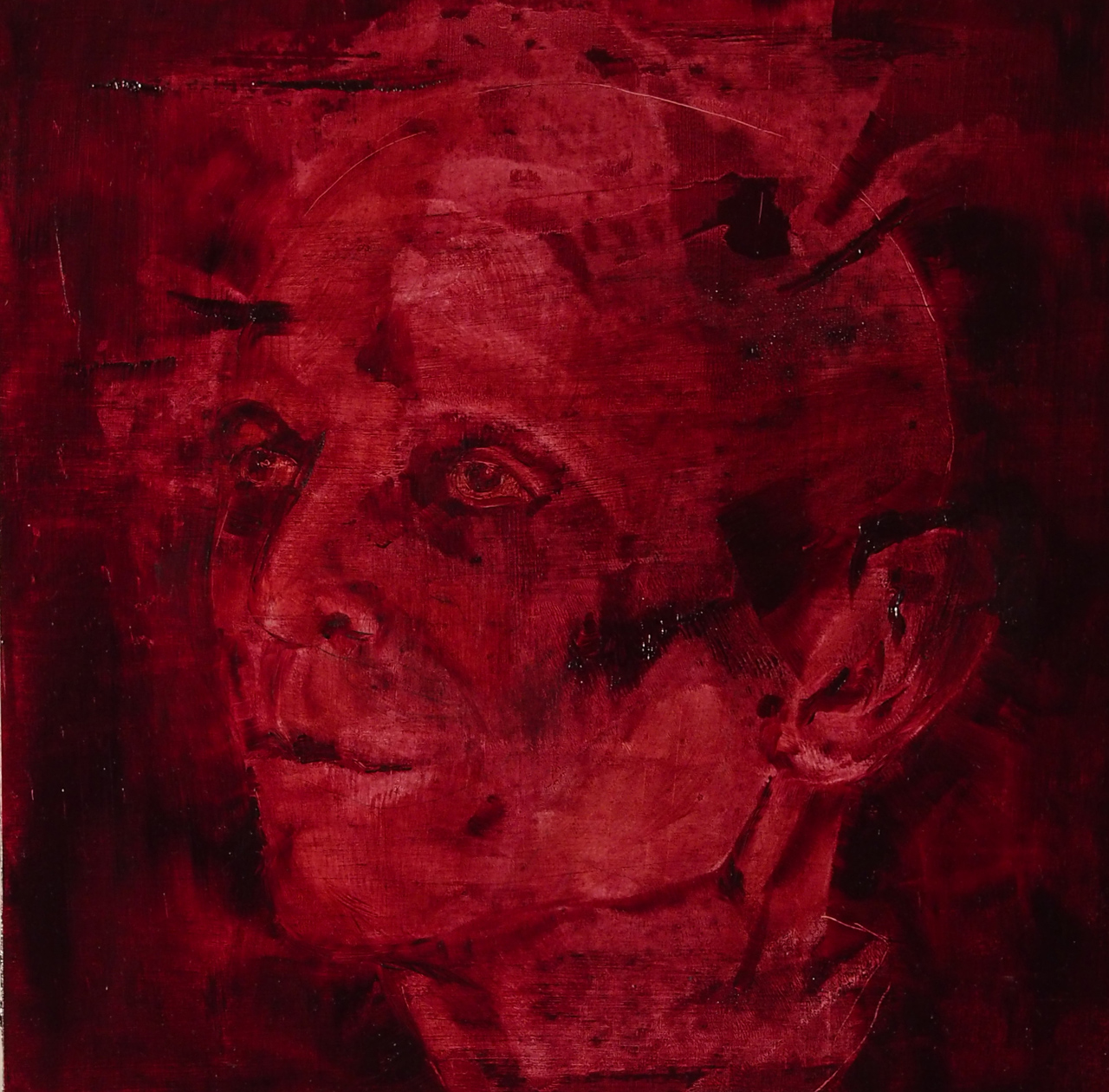 “Red, White and not Blue”: the title of this exhibition presents your latest works focusing on the chromatic choice and alluding to historical and political values, such as freedom and democracy. Since drawing is a point of departure in your research, can you explain how color has recently become core to your practice and in this particular case, why not Blue.

I am perfectly at home with drawing (although I started as a painter at a very young age) and I have always preferred to eliminate all the colors (or get rid of them as an unnecessary distraction in expressing the form). I felt (and still feel) that in order to get to the essence of things or beings all you need really is lines. But, then I started to dig into deeper layers in order to study them, especially in human characters. En route, I realized that I’m not really interested to study human form anatomically any more, but I am more interested in the mind of the characters. That is such a complex subject with different elements, coherent and opposite, that I realized in order to approach such an intricate subject I need to use a more layered technique; only then I started introducing colors. Then a natural progression of events took me back to my original roots: painting!

When I started painting again in 2005-2006, I did it with color blue, for a couple of years. I discovered a technique that created deep and expressive forms simply by using a monochromatic base combined with a speedy process of massive removal and reinsertion of paint. I wanted to achieve the same effect with the color red, which signifies many of the human traits: sacrificial offerings, anger, savagery, political movements, and human passions. It took me some time to get the right process down for red. It seemed like a very natural thing for me to explore the depth and effect of human mind through portraits and the effect of the new color. Back to the title of the show Red, White and not Blue, it not only refers to my recent body of works (red and whites–and the fact that I have stopped working in blue!), it also is alluding to the dysfunctional societies and environments; an imperfect combination of ingredients for the making of an ideal society. 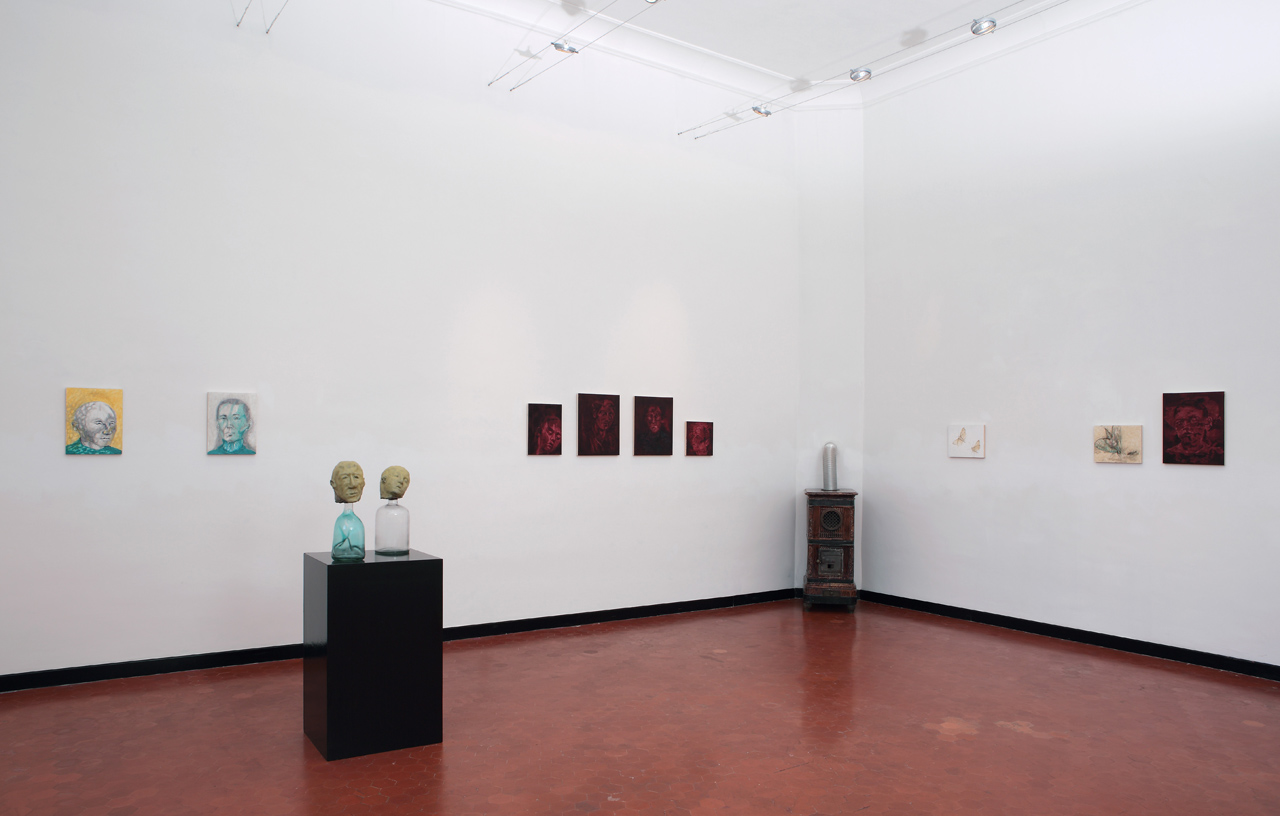 Your idea to collect sentences and fragments of text over the course of the years, to lately using them as an inspirational tool is particularly fascinating. Have you used this expedient before and in which context?

I have regularly used my collection of phrases and sentences in the past to conjure up narratives for my projected animated works such as Red Hair, Itinerant, The Cow or Solace, So Old, So New. I often create a paraphrased version and play with them and keep them around in my notes. In case of these portraits, it’s for the first time that I am using the actual collected phrases as titles for the works. I just find the expressive effect of their combination so powerful (definitely better than plainly numbering them). It feels as if I have lent them a hand to personify themselves and reach their own identity. 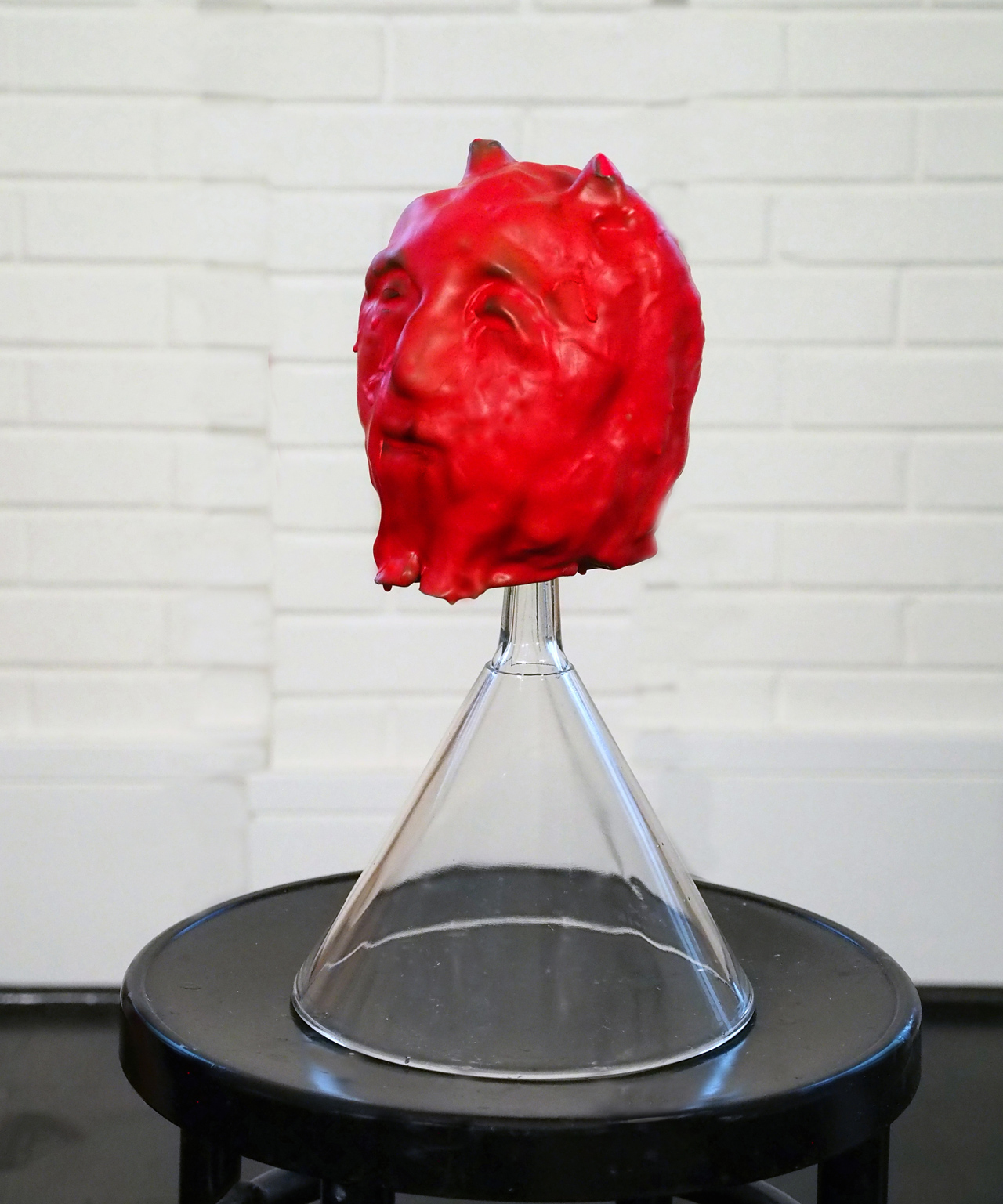 Is this practice ongoing and if so do you have notebooks where you transcribe pieces of text which you consider thought-provoking or do you mark pages on the texts themselves?

It is an ongoing practice. Normally I mark the pages on the texts, but I do keep my initial impressions and the paraphrased versions in a notebook.

Do you have any other kinds of collections?
The other collection that I have is a large number of images (both digital and hard copies) of people’s portraits, both in their social environments and in their private spaces. I am particularly attracted to the images that show the person in bewilderment, when the emotions of a vivid impression is discharged in an exclamation. Sometimes I find it irresistible to stare at an image for a long time and try to figure out what circumstances led to the that particular expression. They are not necessarily perfect faces in terms of beauty, or even very good photographs! It’s the “not knowing” that fascinates me, like in the works Behold the Shells of Countless Air Bubbles, and There Is No Hint of Incubation in His Scream. 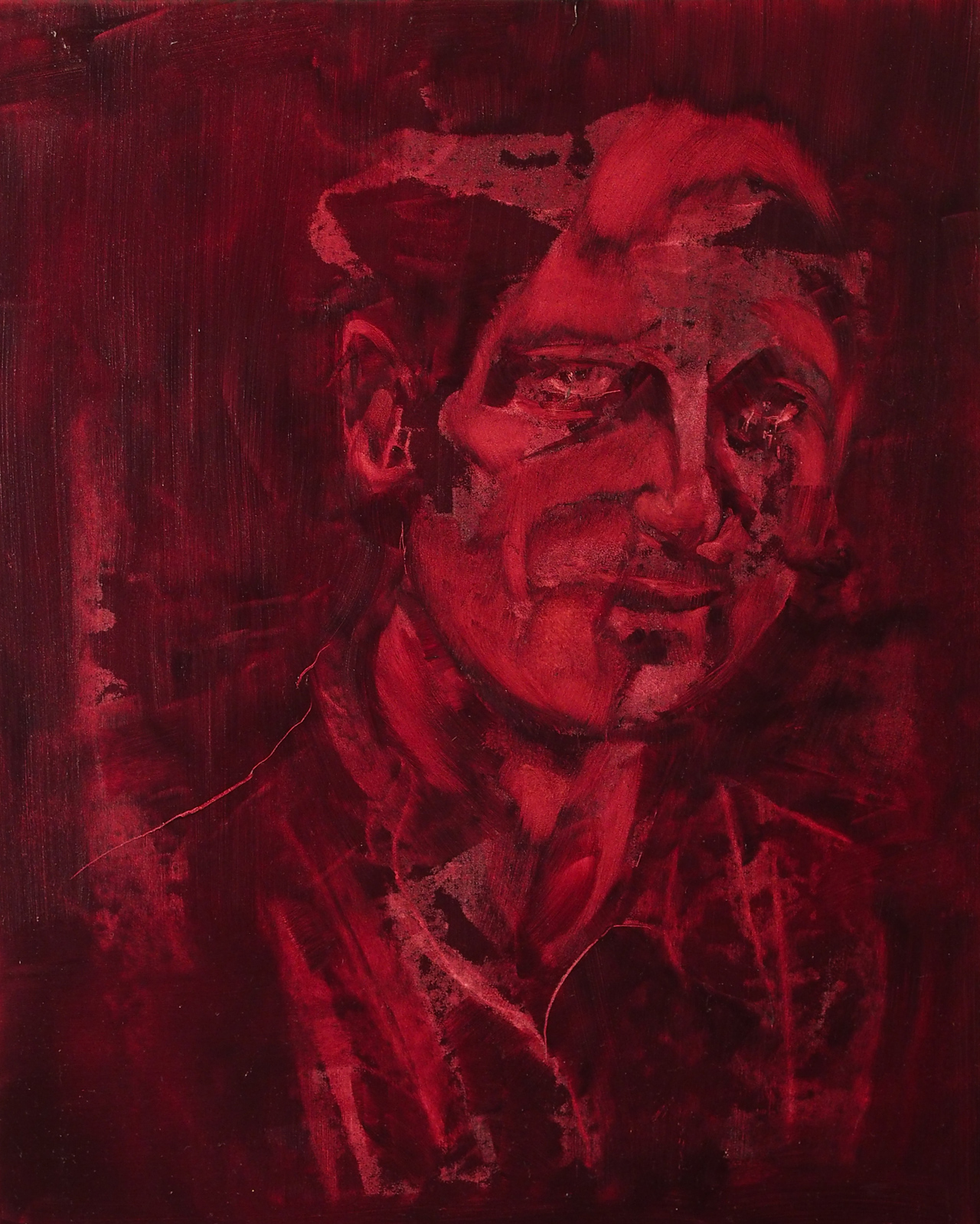 Some of the sentences that have influenced your artworks in the exhibition refer to emotional states while other address  social and political issues. Can you explain the impact that titles such as Disobey! (Hide from Light) and I Feel That My Life Is Very Homely, My Pleasures Very Cheap have on you.

As you know we are living in fairly turbulent and chaotic times (far from a peaceful world) and we are constantly looking for the good in all that’s going on in the world. It’s something that the Zoroastrians have told us for centuries: that we are continuously vacillating between good and bad, dark and light, but somehow, we are also constantly  trying to reach for an anchor to make sense of all of it. The titles I Feel That My Life Is Very Homely; My Pleasures Very Cheap, evoke childhood in their purest form or meaning. Perhaps kind of like a Proustian pastry, an involuntary memory of “Home” as a safe place that appears in our conscious awareness spontaneously. Perhaps that’s the anchor that we all hold on to. 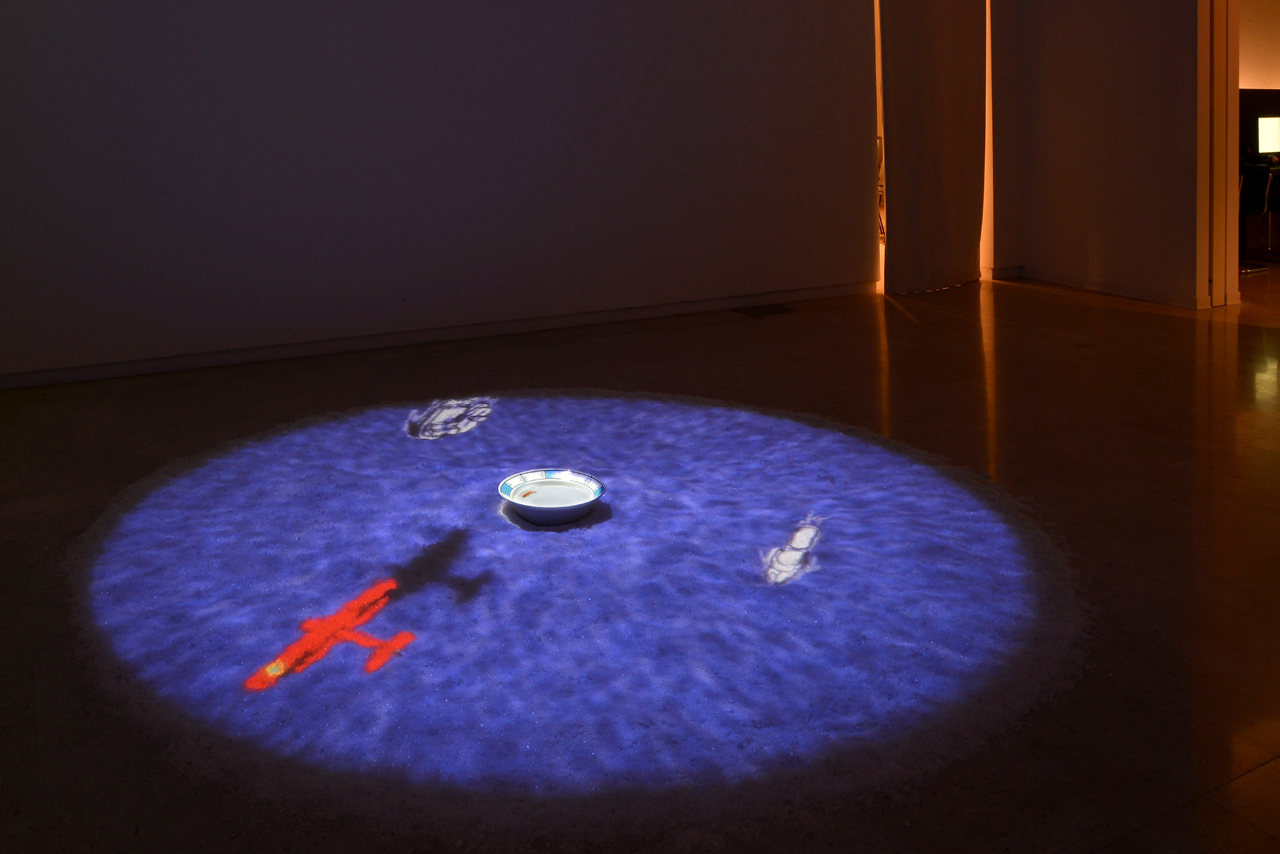 In your practice, you have often explored themes related to fairy-tales and myths. In this exhibition there is a combination of symbols (as for instance in Disobey!) and reality (in paintings presenting intense expressions such as There is no Hint of Incubation in His Scream): what do you think the bind of these two components can produce?

The notion that I am using fairy-tales in my work is incorrect and somewhat misconstrued; when I was younger I had very pure and serene scenes in my drawings but they were never fairy tales. I have used a loose interpretation of modern Iranian literature in some of my older animated works (The Cow, Itinerant, and Red Hair–a trilogy), but these were not fables at all; they are a deceptively simple way of exposing harsh facts about the human condition. As for myths, it is something that interests me very much. The creation of a myth is a fascinating process and speaks volumes about the human mind in a very indirect way. I am very much influenced by Warburg’s interpretation of “myths.” He rejects its traditional notion as a “system” of classical mythology. Instead, he takes it as a psychological problem where “mythology is rather the study of a people’s ideas regarding the supernatural” and unexplainable phenomena. He believed that although myths receded as we progressed in knowledge, the mankind will never be able to do without them. Almost like an “escapism” from reality. My works have always had a hint of this (perhaps not consciously). In these new works, I am exploring the duality between the know-able and the mythical; the obvious and the hidden qualities of the faces. I feel that there is no “combination” of symbols and realities per se, but depiction of the dichotomy that exists between them.

Since you have studied in Rome, do you think that your experience there has had an impact on your practice and in which way?

Of course, on the face of it, any student will have lots of inspiration from Rome, apart from the wonderful museums, extraordinary and overwhelming amount of historic art, churches and architecture. It’s unavoidable, and it becomes part of your daily life after a couple of years. For me the most influential part of the “Rome Experience” was my introduction to Arte Povera movement that was/ is very unique to me, to this day. It has had a great impression on my understanding and interpretation of art, although not directly influencing my own work. What I learned from that was that not only you can be playful with your artwork but also pay attention to deeper side of things. Where Do We Go from Here? is a good example of that. To me, a playful-only artwork is not complete; does it make sense?!