Italian photographer, sculptor, and video and installation artist Maïmouna Guerresi talks to Where’s Art about her current solo exhibition at Rome-based Matèria Gallery. She presents her photographic research by focusing on her interest in Islam and its spiritual dimension alongside the hot topic of woman empowerment in our today’s society. 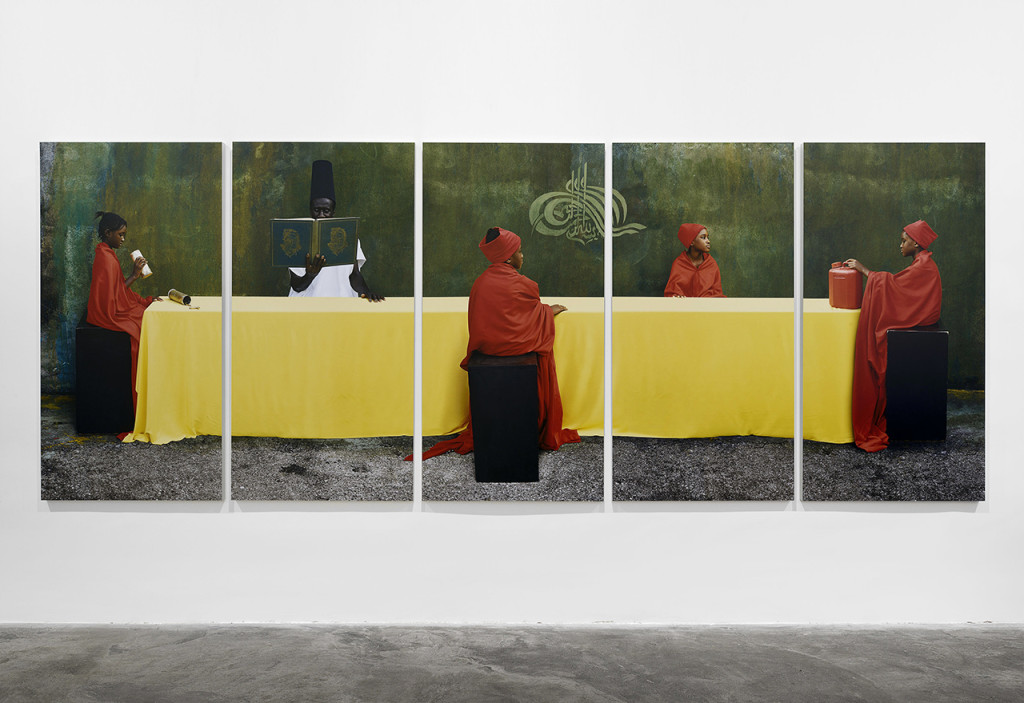 Starting from your current exhibition “Talwin” at Matèria Gallery, would you explain to us what does the topic of ‘change’ mean to you? Where you would like to see the ‘change’ you are talking about?

Talwin is a mystical term meaning ‘the change’, seen as the spiritual evolution of human beings who, through religious practice and the continuous effort of soul searching, approach the divine. It is that ecstatic state of psycho-spiritual sensory perception from which you can reach ‘the invisible’. I attempt to convey such concept through my work. 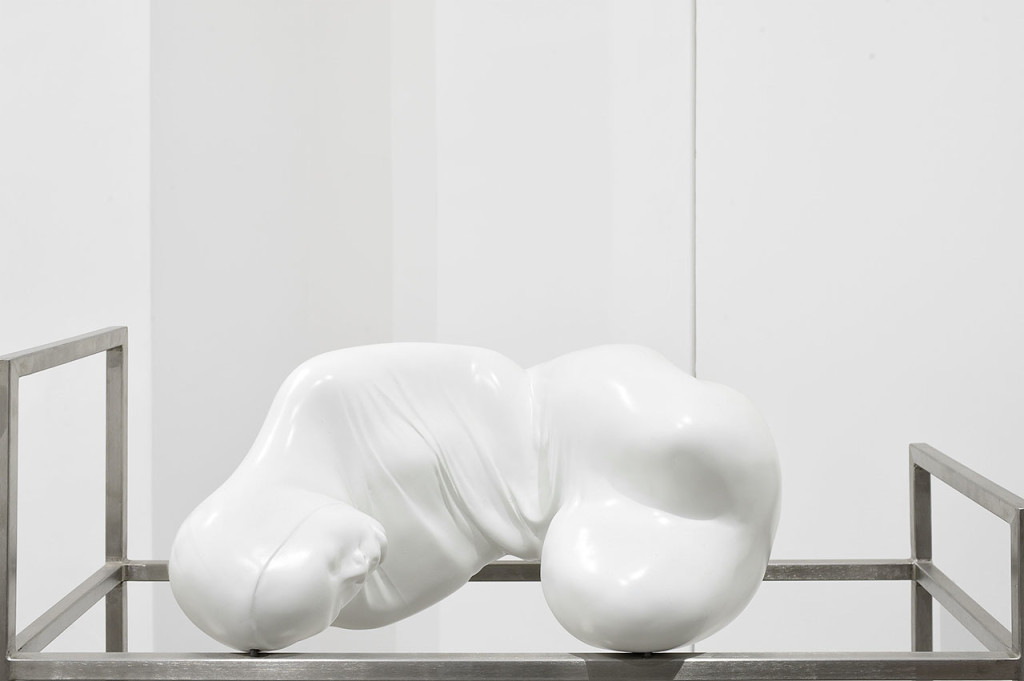 How is the sculpture Adama (2009) dialoguing with the other works on view?

Adama is the primordial body, the embryo, a form that is being developed. The figure is veiled, squatting on a small cot (base), and carries in itself the idea of transformation. Its curled up position as dormant keeps a potential energy force; besides, the circular round shape is recurrent in my work. This sculpture shares with the others on view the concept of waiting and suspension. 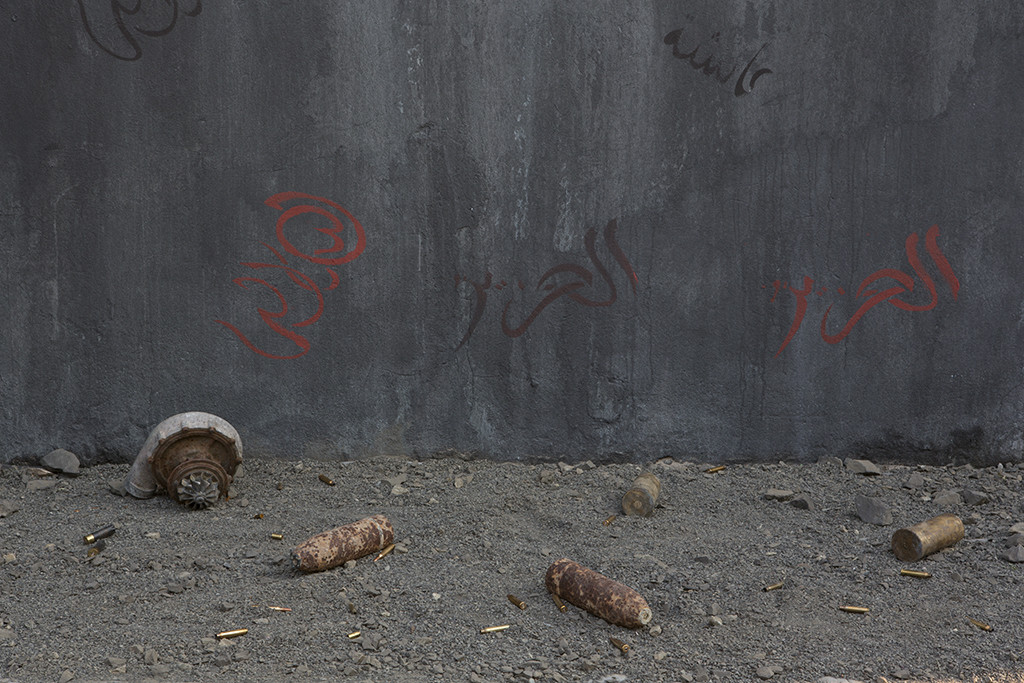 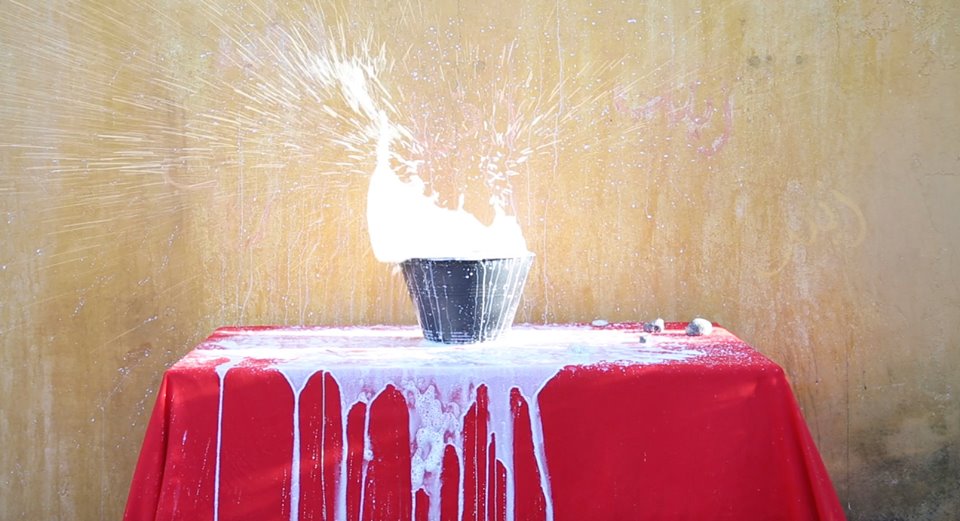 In light of recent occurrences and the theme of change you have treated in the exhibition at Matèria Gallery, what would you like the public to take away from you work?

In my works I stage an image of Islam that is tolerant and ecumenical, striving for the search of divine knowledge, a universe where I explore themes like the metamorphosis, the mystical relationship, the elevation, all the rituals where spirituality prevails over matter, with an interpretation of the Islam that alludes to the common origins of the three great monotheistic religions. Although my work is imbued with spirituality and mysticism, it is not detached from the issues of our time, the daily tragedies that media simply treat as figures and statistics. My art can also be seen as a complaint to the preconceptions and fears being created by the lack of knowledge, the habit to divide and classify people and things, without really thinking that everything is moving and ever changing. 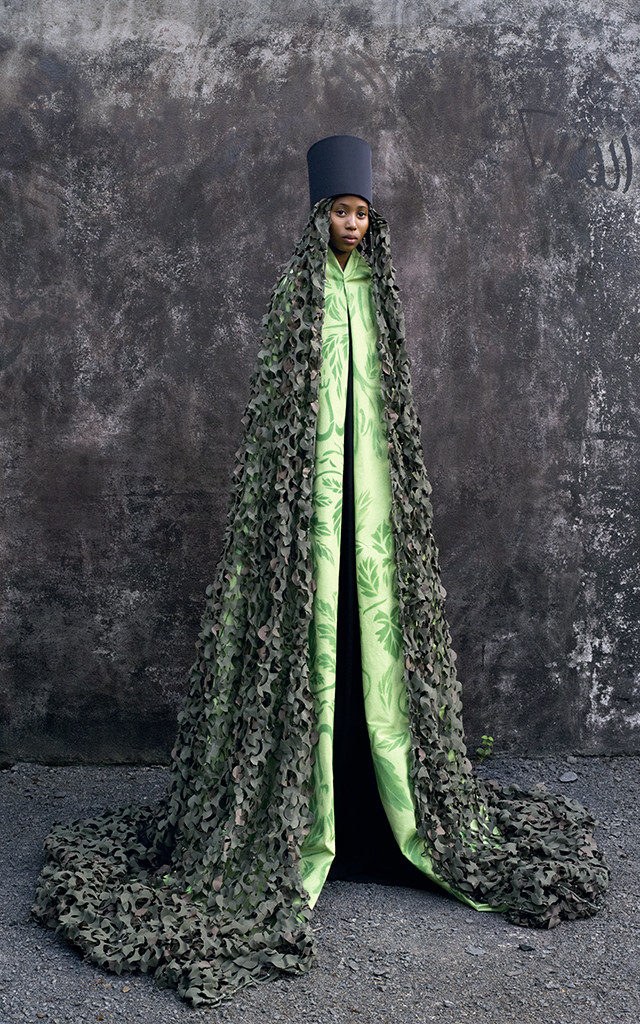 What is you favorite work in the show, if at all? And why?

There isn’t a favorite work. Usually the last I’m working on is the one I am more engaged in. Sometimes I happen to rework previous projects to further develop and expand them. Particularly, the large scale picture titled Aisha (2015) in the show at Matèria gallery, is a young woman warrior and brings with her the meaning of “talwin”, that is the apparent immobility of the character wearing a camouflage coat, her hieratic statuary stance embodies both the defense mechanism and a possible attack. 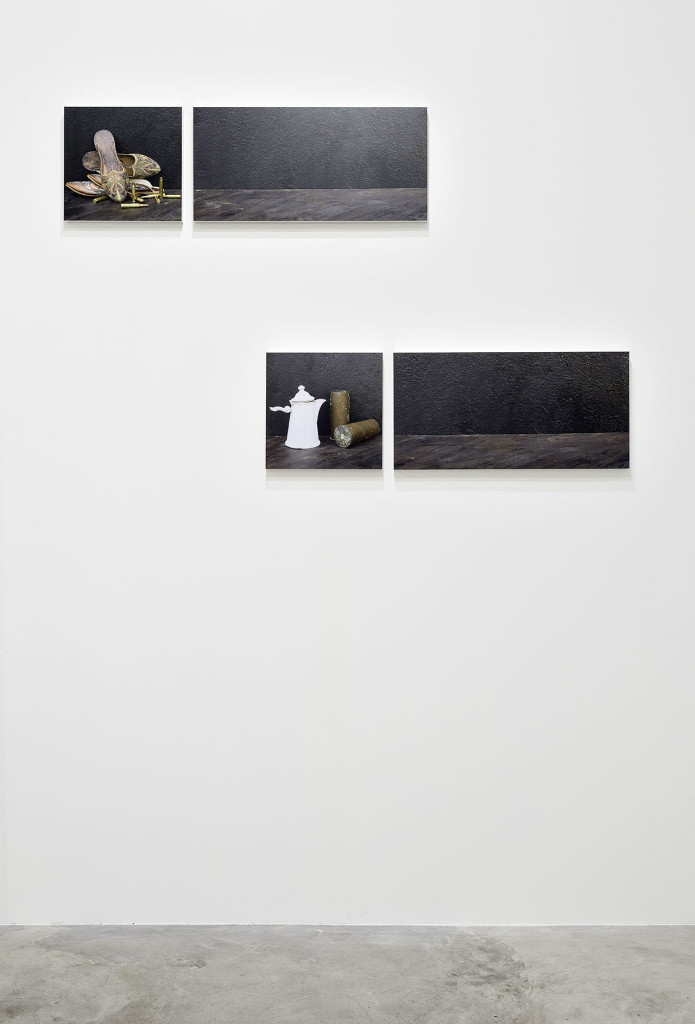 Would you explain to us the evolution from the photographic series Baifall (2007), characterised by natural stances and characters, to that of The Giants (2009), in which subjects present a much more structured composure?

The baifall are African Muslim mystical characters, they are Sufis, similar to monks, devoted to labor and obedience. They are holy warriors practicing muridism, that is the force of the action of faith expressed through the sanctification of work which becomes prayer and a way to elevate to God. In the series The Giants, the baifall are depicted as unreal and metaphysical characters. Their cloaks are architectural structures that give a glimpse of their forms, the face and hands, while the body is empty as a dark and mysterious cave. I try to convey their spiritual greatness, not just their appearance. 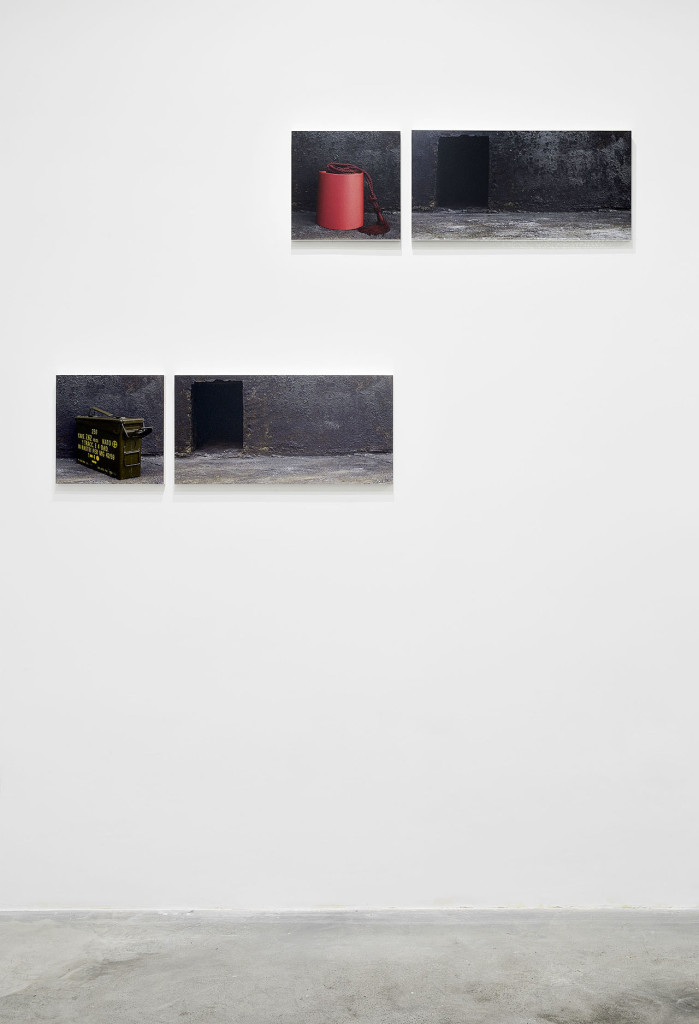 What is it from the African and Islamic cultures that you have found interesting, and why?

The images I use to represent the Islamic spirituality draws inspiration from the Asian Islamic miniatures, the African Muslim art (particularly, that representing figures of saints along with Arabic calligraphy) and the European classical iconography with its diptychs and polyptychs . I would say that my artistic language expresses myself as an individual claiming its own identity as metissage (melting pot), a hybrid of African and Western cultures that share the Islamic spirituality.

How would you define feminism today?

Feminism is the general term for the equality of rights and opportunities between men and women, but only through the acceptance of the differences between genders the true equality can be achieved. There are several theoretical and political approaches to feminism linked to history, culture and language. What interests me the most is the Islamic feminism, aimed to enhance the role of women in Islam and to resume the egalitarian ethic of the sources of the Islamic law, in order to adapt them to contemporary social developments.