Where’s Art interviews Italian artist Michela de Mattei about her solo show “Vogliate Perdonare Quel Poco di Disturbo Che Reco” at gallery Ex Elettrofonica, where an old, baffling photo of a cheetah triggers a journey in space, time, vision and the relation than binds them all.

So what does fascinate me in the animal? […] If I try to vaguely count, what shocks me in an animal, the first thing that fascinated me, is that every animal has a world. It is curious because many people do not have a world. They live the life of everyone’s life, no matter who, no matter what. Animals have worlds. An animal world, what is it? It is sometimes extraordinary limited. And this is it that moves me. Finally the animals react to very few things. Several sorts of things… – L’abécédaire de Gilles Deleuze / A comme Animal 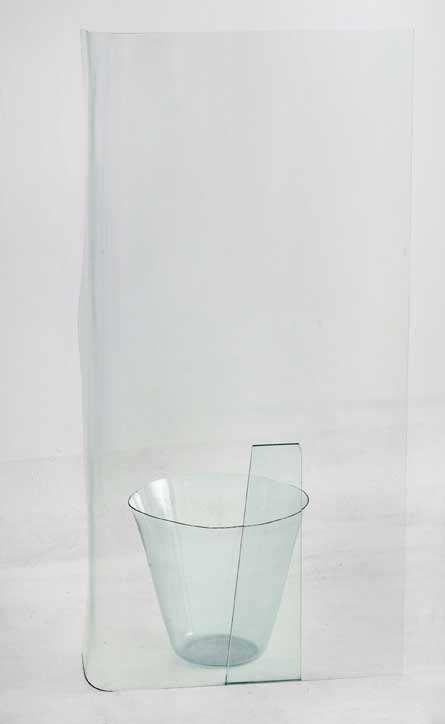 It deals with the shift between sculpture and drawing, reflecting about representation and its hitch in reality. I try and ponder the mass of things I face, all of the little events and the loss of contact with reality. Then I start again. 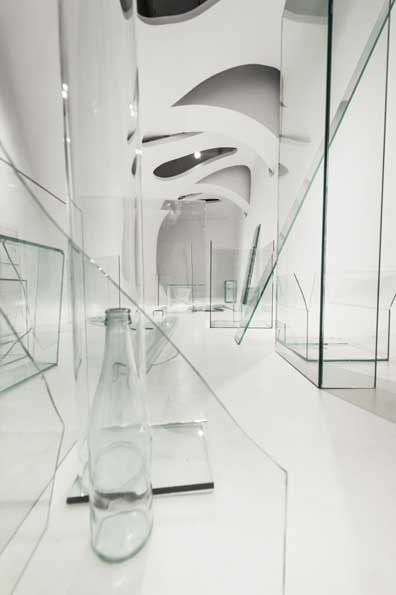 How would you briefly describe the exhibition you are participating in at the moment?

A book by Thomas Bernhard tells of a man going to the Kunsthistorisches Museum of Wien every morning, and just sitting in front of the same painting. In this obsessive observation, he looks for a flaw in Tintoretto’s masterpiece, The White-Bearded Man. I believe this kind of ‘looking overdose’ can possibly lead to walleye. Searching for a constant visual tension is like delegating time: all of a sudden, life falls into pieces before you, as would a glass. No image is resolved; a tiny variation in light and your whole imagery has to be re-built. The entire show can maybe seen as as journey through and an exercise of observation. 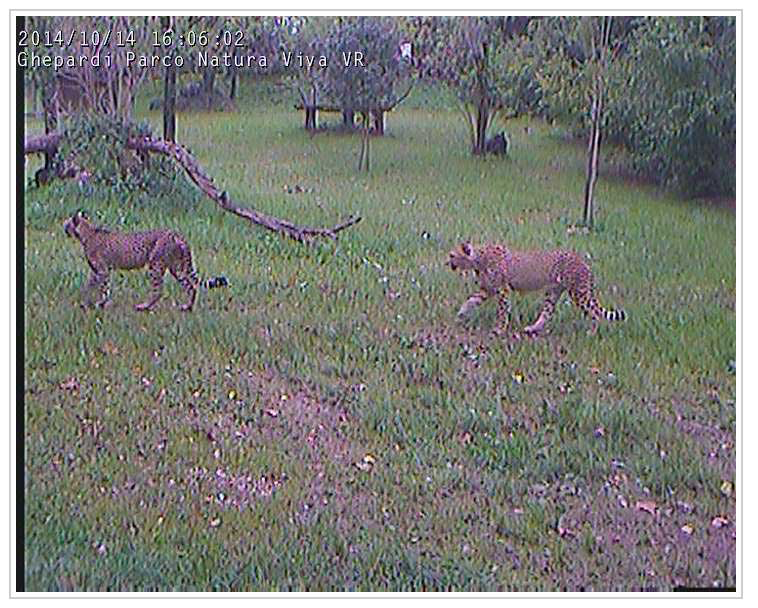 Both the works currently on display and some previous pieces tell of your particular interest in the animal and vegetable kingdom. How did this feature of your research develop?

This is what I usually do… I subscribed to the zoo… Maybe this is the reason why. I think everything belongs to nature: ourselves, plants, a vase, some zinc pipes. Our thought, however, cannot coincide with the whole mass of the world, because we are well aware of future and past: we need to gather, separate, define… A series of comforting agencies that help us establishing a sort of stability. But I believe a bottle is as unintelligible as a cat.  The fascination with animals and plants doubtlessly relies in their incessant wandering and their continuous silence. They do not care about time and are extremely confident about their own space. I envy this. I do not understand them, they reject me, and nevertheless I often find myself stopping and staring at them, in order to find out a way of relation, some kind of cohesion.

I think History has always pursued the pointless effort at coinciding with the surrounding environment. This leads me to approach a leaf, a cheetah, as well as a vase of flowers, in order to experience proximity and distance to them. 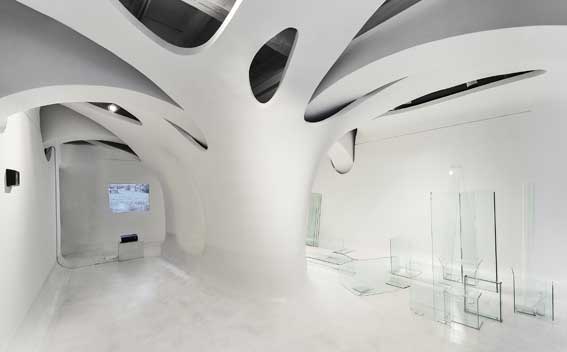 ‘Planning’ or ‘instinct’, what do you think is more relevant to your research and, specifically, to the works you are showing at “Vogliate Perdonare Quel Poco di Disturbo Che Reco”?

We build extremely tall or extremely short architectures in order to get the best point of view from which looking at a landscape. But landscape itself will quickly fade anyway, at a certain time of the day. I work by struggling to plan or formalize, with great rigour, an initial suggestion. But something keeps collapsing. My work unfolds right in between these two terms. I will make a very ‘serious’ reference now, quoting baby Superman who starts seeing through bodies, thanks to his special gift. He panics, because the world turns unlimited to his eyes and everything gets spatial. He can see limitlessly. He doesn’t want anything but some kind of obstacle that can restrict his look and protect him. So, once spaces and objects evaporate, I am looking for that kind of boundary in the environment of the cheetahs, where the gaze or abstract knowledge can stop and rest.

Your body of work stands out for the heterogeneity of the languages and materials you use. Is there any technique you feel more akin to your research, and why?

The materials I use are always functional to my research. The issue I constantly dig into is the transition between sculpture and drawing. The disparity between the geometrical abstraction of something and its phisicality. 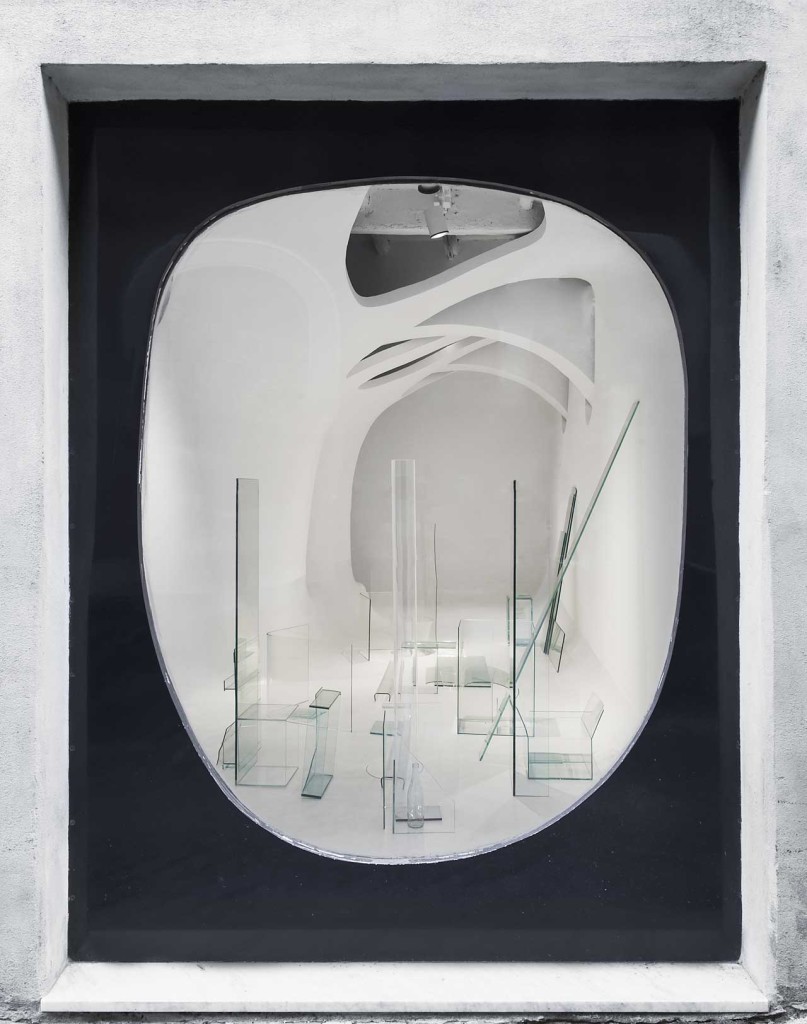 The installation titled Ingombro #1, #2, #3, #4, #5, #6, #7 pivots on a reflection about representation, vision and its relation with space. How important is it for you to experience the exhibition space, and the knowledge of its features, during the making of an exhibition?

I personally find it hard to prescind from the exhibition space, especially when dealing with sculpture. While painting “opens” a window, as video does, sculpture is always an obstruction that fills the space and has some physical relations with the environment. In all of the exhibitions I did to date, I spent a lot of time measuring and re-measuring the space. In the ‘cruel’ premises of Ex-elettrofonica, however, measuring doesn’t make any sense. There are no corners, and it is the central pillar that determines all of the perspectives… Thus, I spent some time in it. Then, when I felt lost, I decided to try and deceive space itself. I did not “oppose” any sculpture to it, but I superimposed them as if they were oil paint glazings instead. I aimed at making these obstructions I brought into the gallery coincide with the curved space, in order for it to be interpreted through them and attempting to trace inner lines. 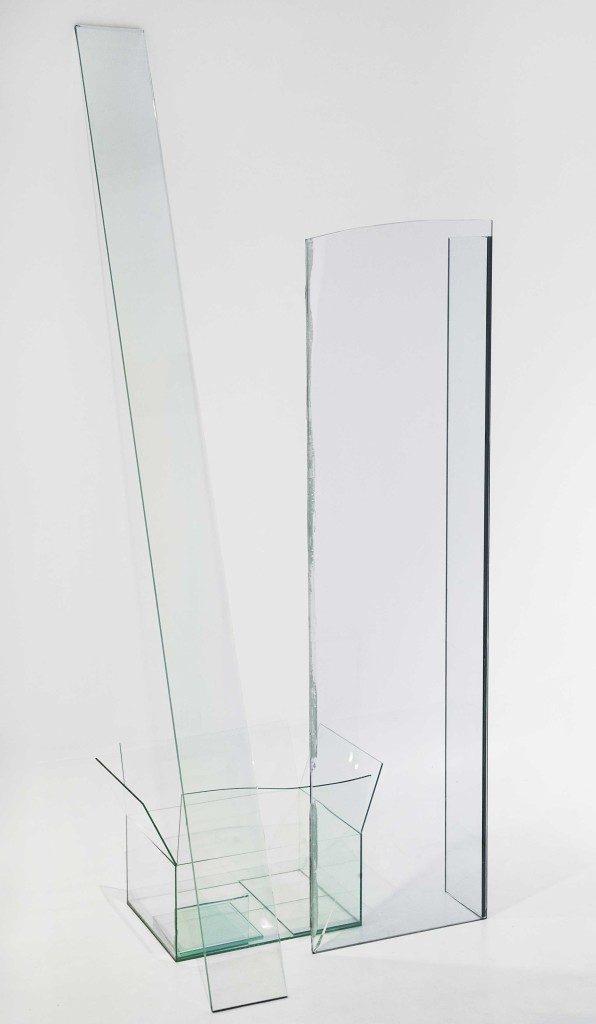 In the texts accompanying the exhibition we witness an in-depth confrontation with the curator, Silvia Litardi. In your opinion, who is the curator and what does his/her role involve?

Curators should sometimes “stem” an artist’s research, building some “banks” around it to sometime allow access. I also believe different situations imply different needs. Silvia and I exchanged many suggestions, books, and also fruitful disappearances. She introduced me to Elisabetta Franchetti, Director of the Zoological Museum of Rome; a precious meeting that allowed me to better orientate in the zoological world. I also headed to Natura Viva Park in Verona, where we were welcomed by Director Cesare Avesani, who enthusiastically supported my project. There are many steps and people involved, and the curator can also assist in articulating and placing all of them in order.