Calixto Ramírez’s research seems to perfectly embody the archetypes of artistic nomadism and the complete coincidence between life and creative process. After spending several years traveling between America and Europe, thus producing works that could fit in a luggage, Ramírez decided to settle in Rome for a while. In a conversation with the artist, Where’s Art explores the latest developments in his practice, investigating his renewed relation to the city he lives in. 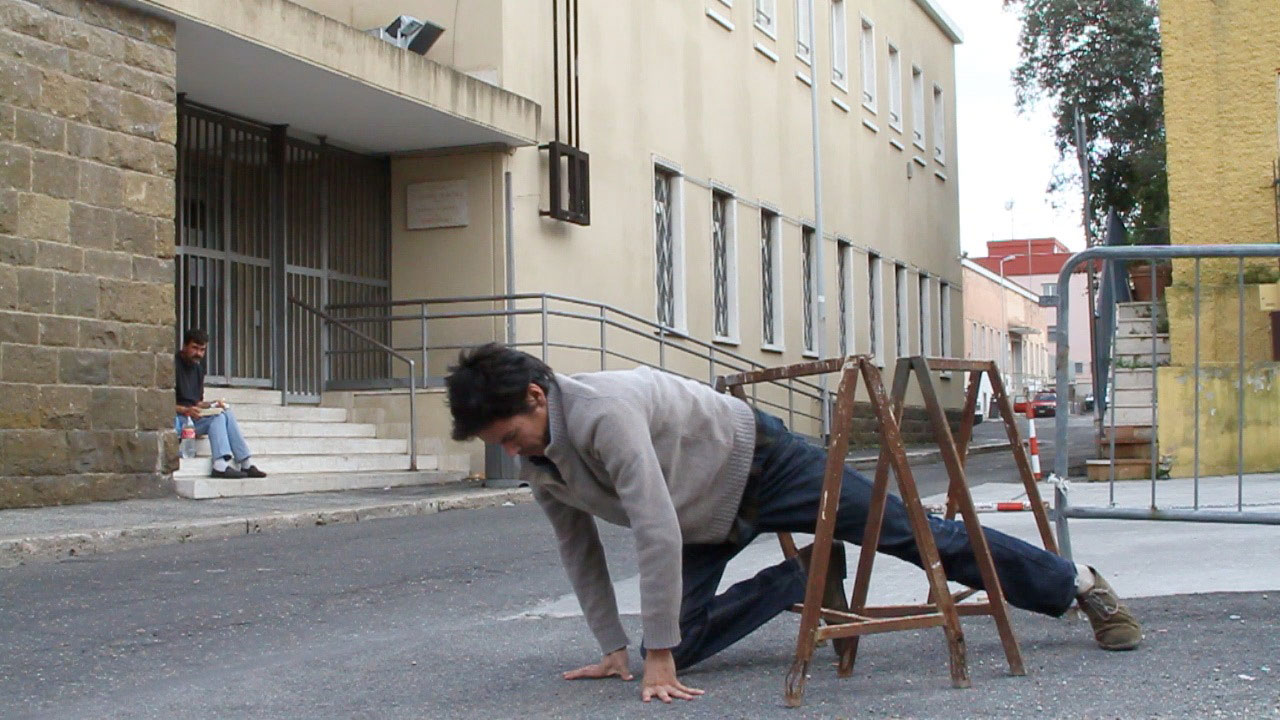 Why have you decided to move to Rome?

Well, it is a little bit weird, because I did not plan it. Last year I arrived to Italy to participate in a group show at Palazzo Lucarini; originally, I was going to stay for two weeks and then return to Mexico, but then, Michelle and Jannis Kounellis invited me to spend some time in Europe, and I am still here. 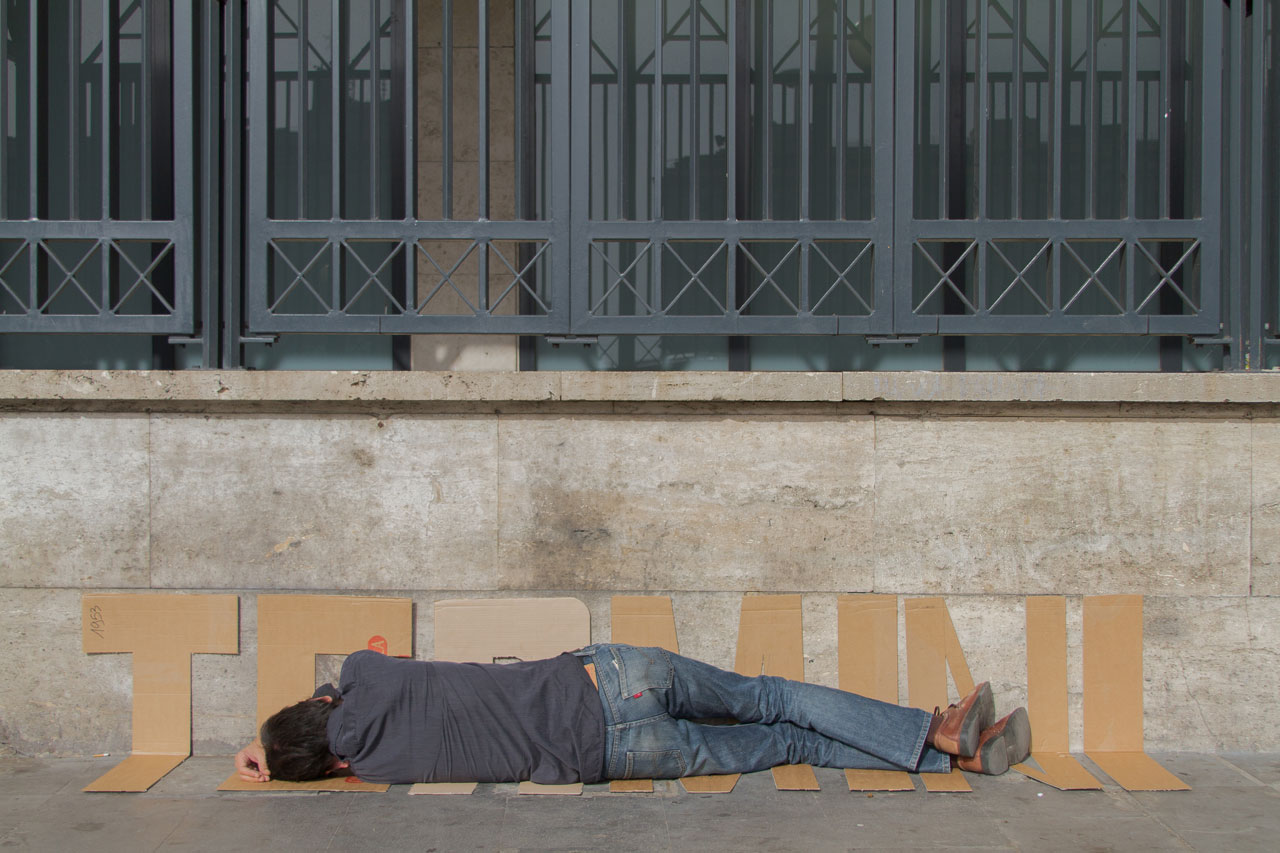 How do you think this city has been influencing your practice?

My interest in the relation between body and architecture has become stronger here. Also, by the fact that I find myself in a country speaking a different language than mine, in some works, language itself has appeared. In a very subtle way, but it is there. And finally, after the art school, this is the first time I am working in a studio, therefore I am trying to return to paint, make sculptures: you know, studio work. And it is not easy, in the sense that I have been working outside – on the streets, in the country – for almost seven years. 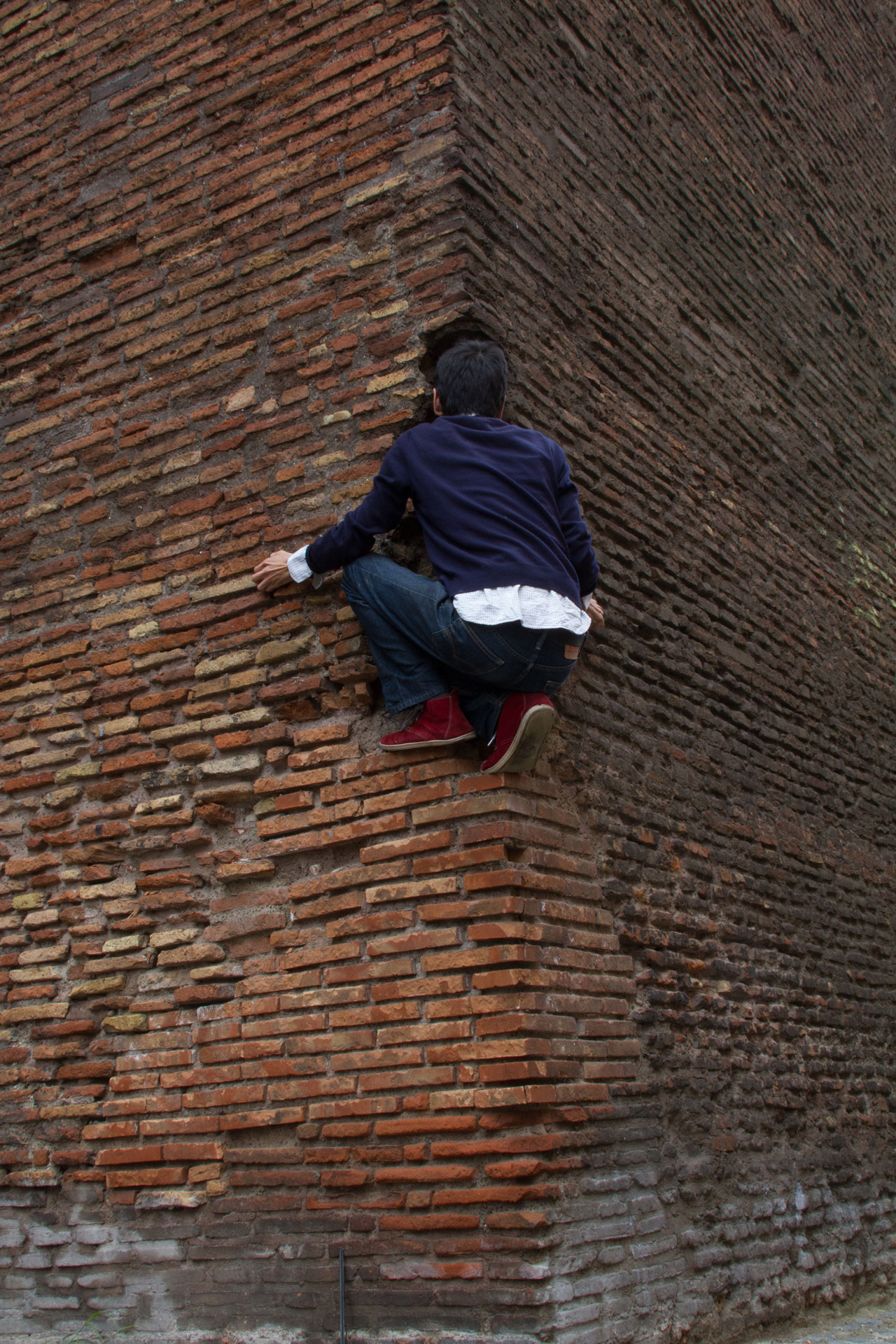 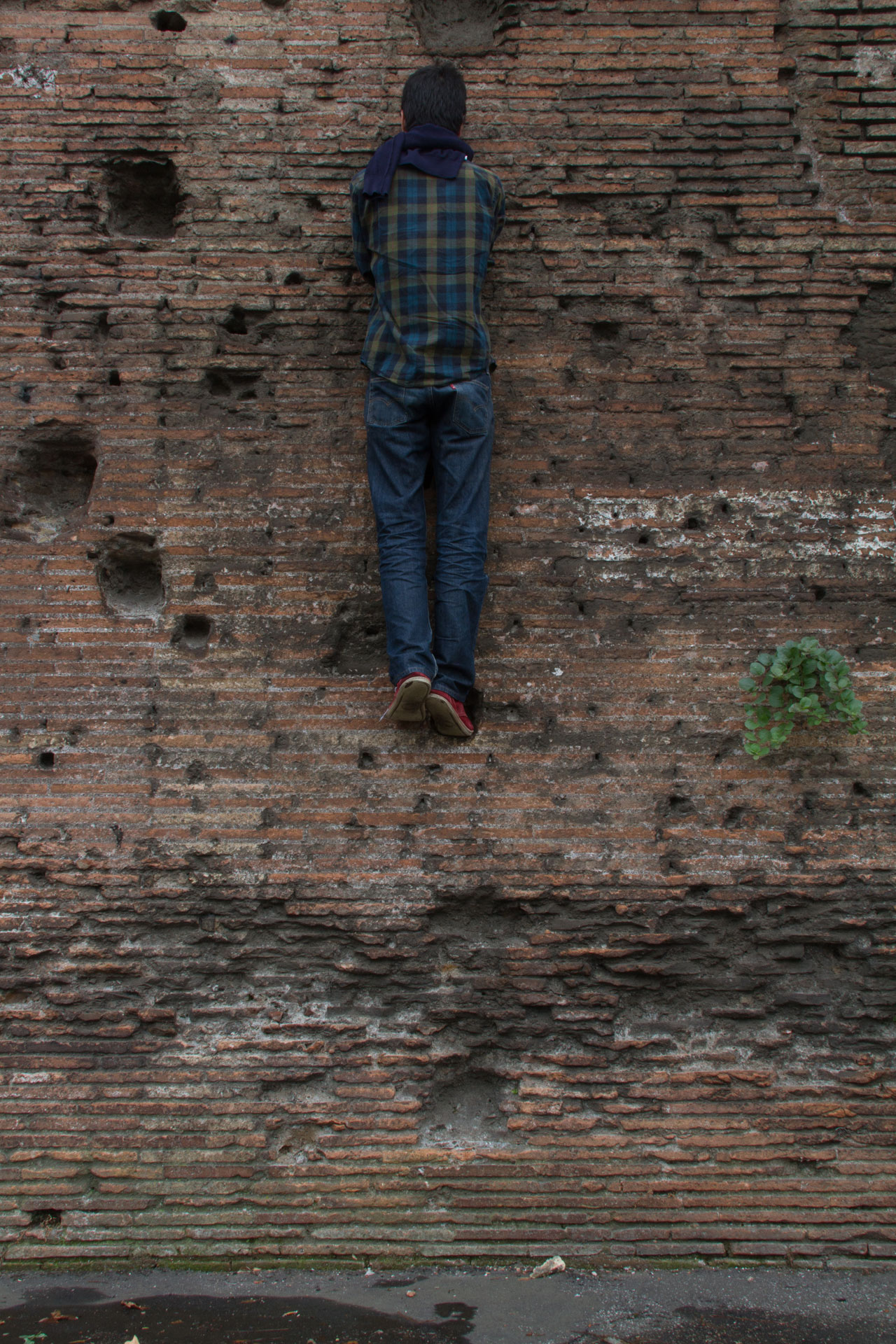 My work aims at expanding reality. Working with simple and daily actions, using nothing or just a few materials: my body, the space, and the camera. It is this a kind of work that has a strong connection to life. Not my life specifically, but life in general.

We see a focus in your work on the notion of connection with space. Would you define such an interest?

After living and traveling in many countries, I have learned that it is vital to have an idea of the space in order to go on with your life. Defining space means understanding ourselves. More than an interest, it is an urge to know where I am standing. It is something inherent. Because it is space that mainly moulds the human being. Afterwards, it is humans that modify space, and so on. Like some kind of ping pong! 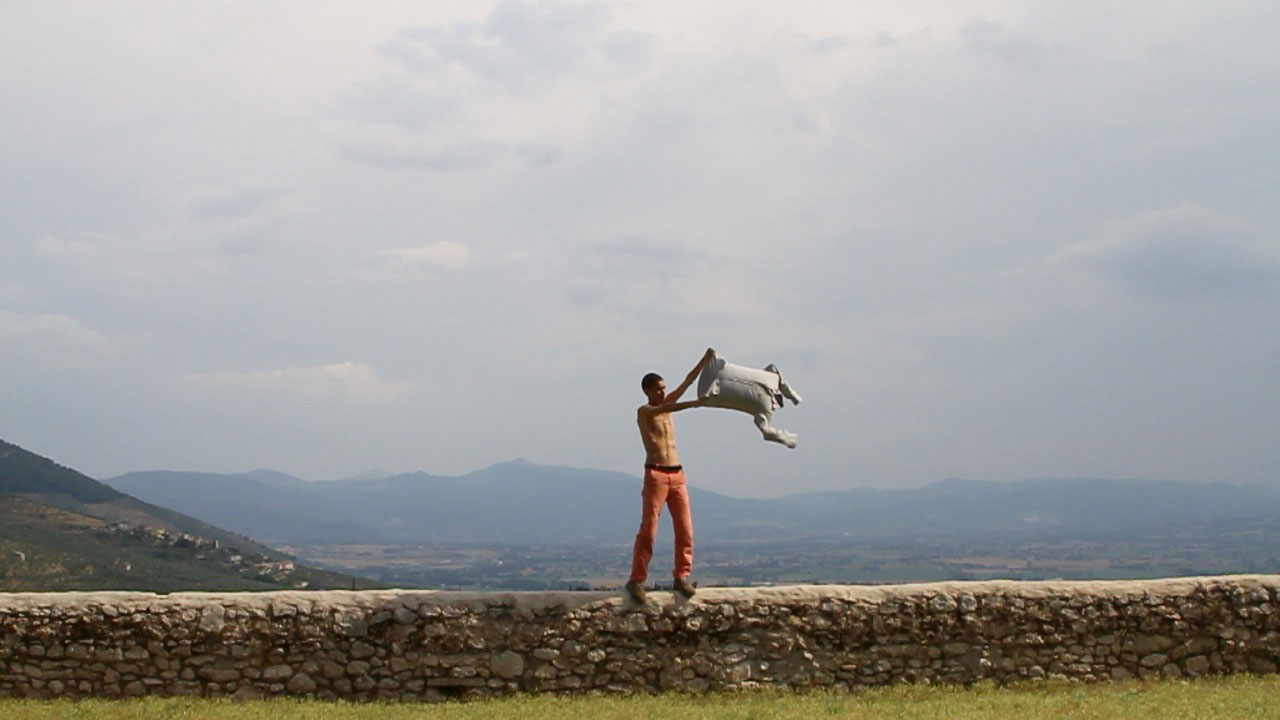 In your opinion, and generally speaking, what makes individuals relate to a place?

How we live it, and all the possible questions we can have and make about that. So, when I arrive in a new place, the first thing I do is try to understand it. In this way I can start to build my relation with it. For instance, the biggest difference between a tourist and a traveler, is in their approach to space. A tourist relates to a place in a superficial way, because he sticks to the very first layer. A traveler instead tries to go deeper, not only because he has the time, but also because he has an attitude towards exploring and experiencing. You can be either a tourist or a traveler without leaving your city, neighborhood or house. The thing is, how and what you are watching in your surroundings.

How do you feel connected to the city of  Rome?

In Rome, as well as in Mexico City, you can experience different layers of history just walking ten minutes downtown. Also, like in every big city, Rome has an amount of disorder and dirt that I enjoy. Probably this is why I especially like the area around Termini and Piazza Vittorio. I found something familiar in those spaces. 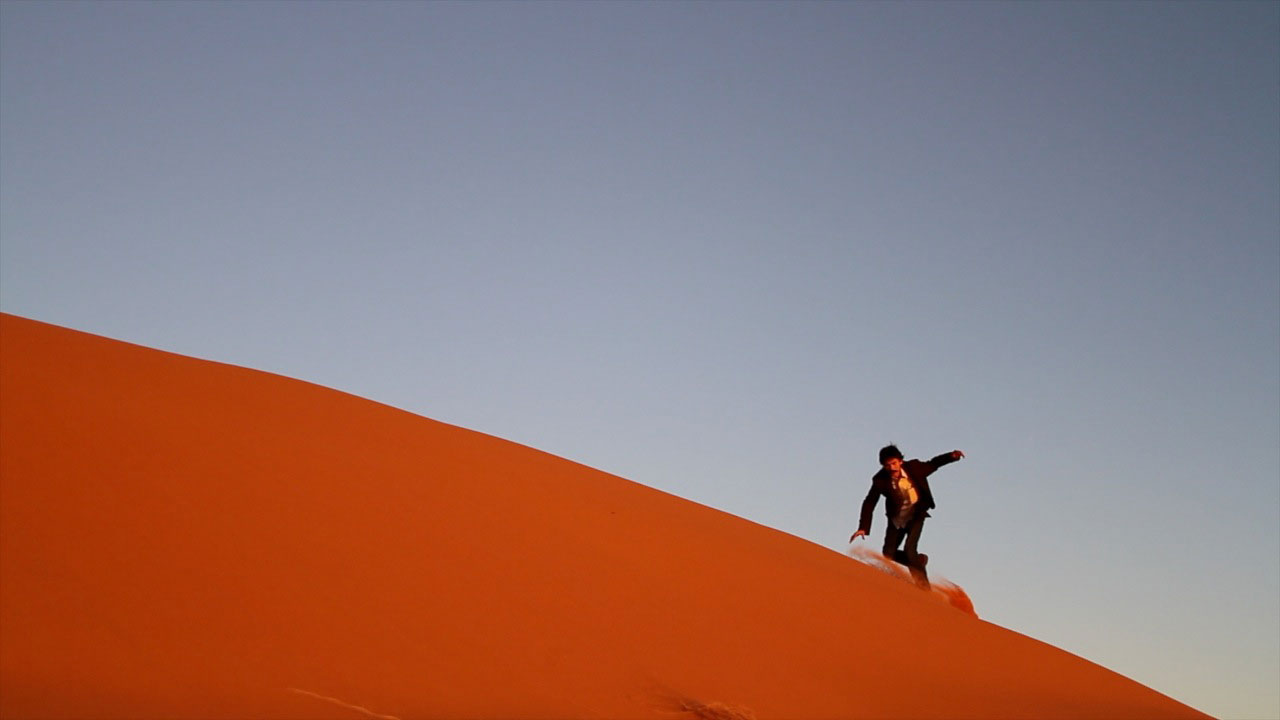 You use video and photography as a means for documentation, whereas performance seems to be the language you prefer to express. Would you expand more on this multimedia aspect of your practice?

I do not think that the word ‘documentation’ fits my actions. In the sense that I make actions for the eye of the camera, rather than producing images that function as a memory of a specific event. Trying to clarify this point, I conceive these images as the work itself, other than what happens in the documentation of a performance, where the images (video/photo) and the objects which remain, help explain what happened during that time spam. Since I attended art academy, I have questioned how to keep on painting, sculpting and drawing using video as a support. This stemmed from the need to respond to my quasi nomadic way of life, hence I looked for a light tool like the camera, something that allowed me a freedom of movement and, at the same time, led me to continue exploring these three disciplines, at least in a conceptual way. Then actions became stronger in my practice. It was a natural thing, probably because of its immediacy.

What is it in the world that mostly influences your work (music, horror movies, religion, economics, etc)?

Walking and traveling, because it is potentially a kind of open book. It gives you the chance to change space in a physical way. 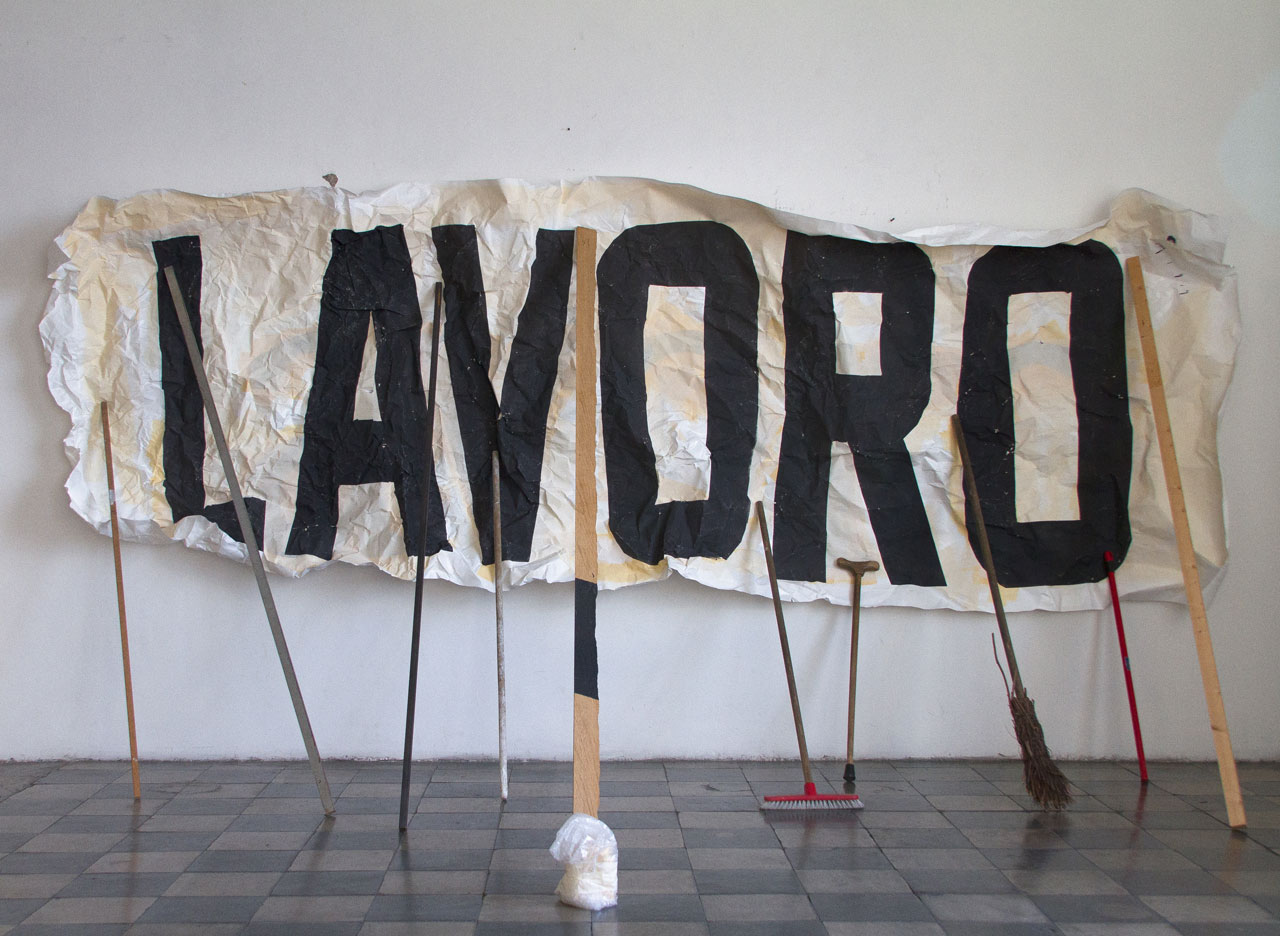 What would you like the audience to take from you work? Do you ever take into account the public’s reaction while conceiving a piece?

I always consider the public, because I am not decorating. I am trying to communicate something instead, and this process requires involving at least two parts (work/ public) in order to generate a dialogue. It is not an easy thing, because there always are two kinds of public, the active and the passive one. Besides, I reckon that not all the works reach that final level of communication. In other words, sometimes I make things that it is better not to show, but which are functional to my personal research. But, returning to your question, I hope that the audience, after observing my work, could re-think reality and, in that way, help build another one.

Is there an artist you feel has inspired you the most and why?

Charlie Chaplin. Because he used humor in his daily life, he was critical and he made things by himself. 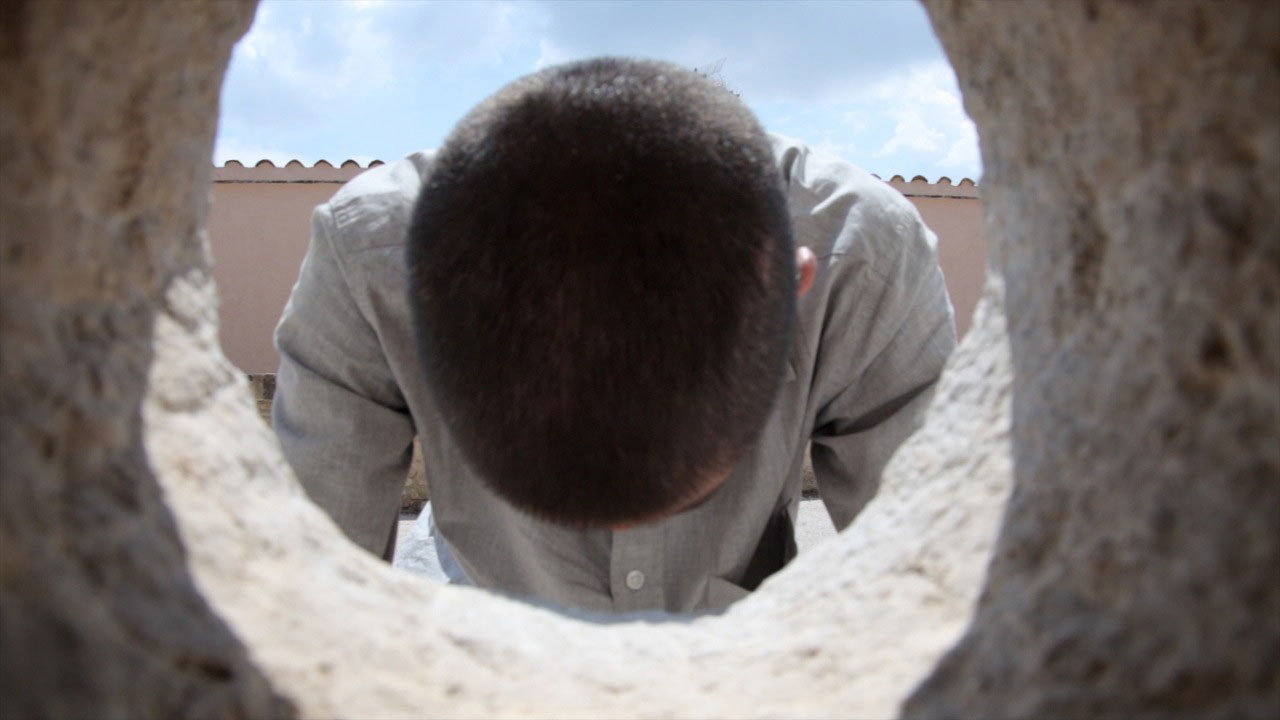