On stratification and painting – interview with Maria Morganti

Home » The Journal » On stratification and painting – interview with Maria Morganti

Dialoguing with the short essay “I diari di via dell’Oca e via della Penna” , Venetian artist Maria Morganti presents her investigation on color and painting inspired by the words of Italian writer Matteo Nucci.

Where’s Art talks to Maria Morganti about her recent participation in the project A Work in Five Parts Inside and Outside of Four Windows, promoted by OTTO ZOO, Milan in collaboration with the Hotel Locarno, Rome and with the curatorial contribution of curator Ilaria Gianni. 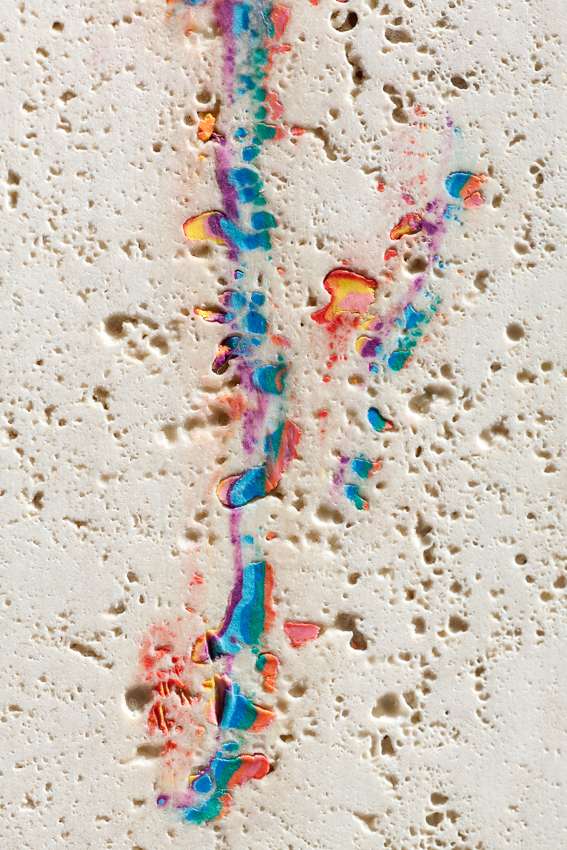 The endlessly repeated gesture of painting.

How would you briefly describe the exhibition you are participating in at the moment?

I consider the project a four-handed work through which Matteo Nucci with the written word and I using color have created an unique experience.
My works are inside the showcase, a space that opens to the outside and where things can be seen by passers-by in the street. That is the point in which things are exposed to the outside and the relationship with the urban space. The city as a place of concentrated human experience. This work is a tribute to Rome, the city symbol of stratification and memory. The five elements trigger a dialogue with issues such as the historical sedimentation, the archaeological stratification, the individual and collective memory that belongs to the history of Rome.

Yellow, orange, ochre. Dedicated to Rome. Every day I go towards my palette and add color to what is left of the previous day. Color that starts from one single matrix and slowly transforms itself over the time. The matter that has formed is laid on the canvas. Layer after layer. The gesture is always the same: spreading a fluid matter on a two-dimensional surface until it covers it almost entirely, never completely. The process unveils itself: the top edge recounts the transition of all of the colors that have driven me through the last layer.

Part 2: Into the travertine

A slab of travertine, material Rome has made up with, dotted with small fragments of paint. Every day in my studio I put a layer of modeling clay on a wooden board. Once the Stratification is done, I cut, dissect the modeling clay obtaining parts, small pieces of paint that I put in the interstices of travertine.

The paper that protected the table on which I have been worked for two years. My trace is what is behind the work. What we do not see , what remains , the gap , the accumulation of matter around the making of the painting. The stratification of the time, the experience. The place that was of the reason and the process through the color has turned into a palette-shroud. The contact that triggered the trace.

A Stratification of color over a period of about four months of my time approaches a stone. The geological time and human time. Two times in comparison. Two experiences different in length which relate to each other.

Small fragments of painting come out as the result of the explosion of a window and insinuate themselves into the interstices.

It looks as a place that welcomes experience, reflection and archiving. The ground floor looks like a color soiled workshop and the relationship with the matter is the focus of the practice and knowledge. The upper floor is a cozy space like a home where I think, read, rest, write, receive… And finally the warehouse that collects, stores all of the matter that accumulates over the time.

‘Planning’ or ‘instinct’, what do you think is more relevant to your work?

Let it happen. Follow the intuition and the stream that leads it forward. Take distances and then, understand, name and catalog that. And then again immerse yourself into the concrete relationship with matter, in an ongoing relationship between the inside and the outside, the awareness and the natural impulse. 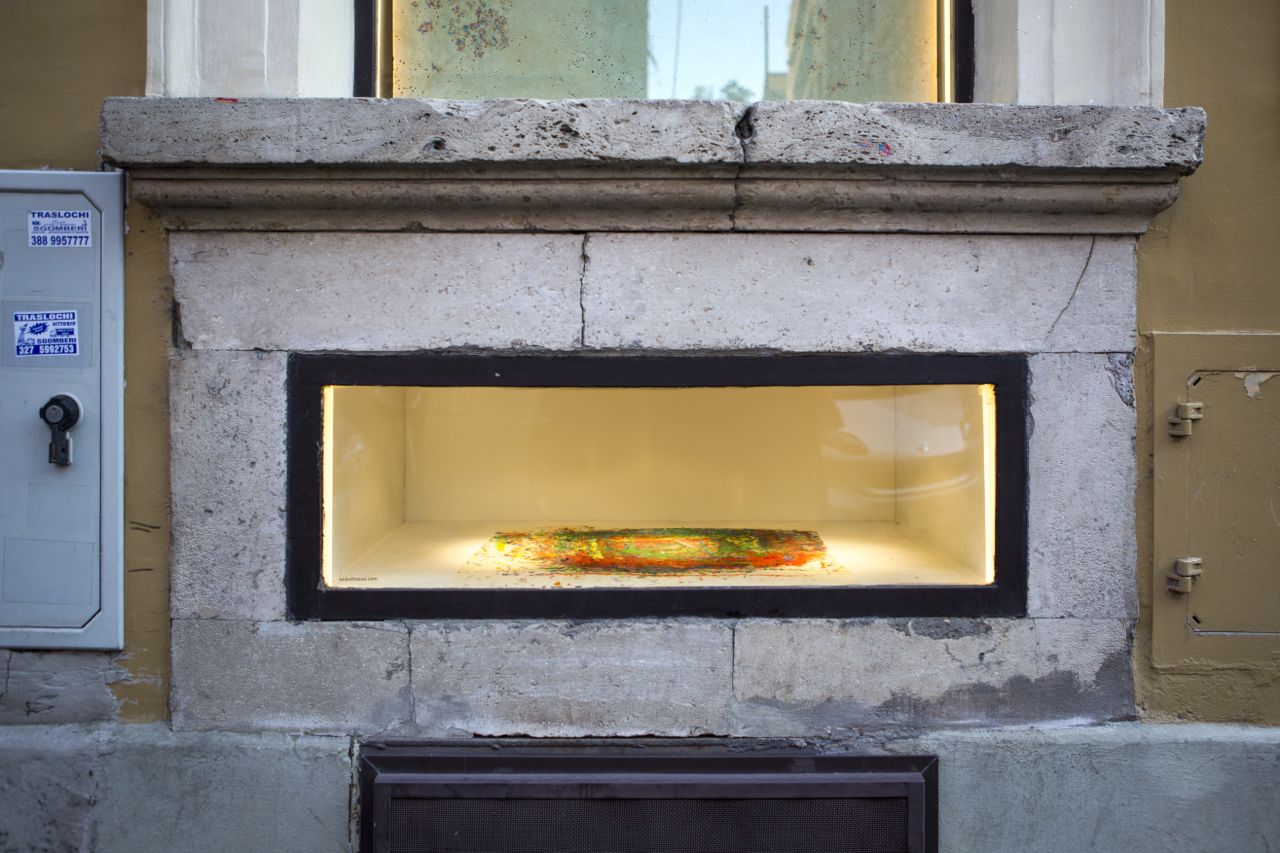 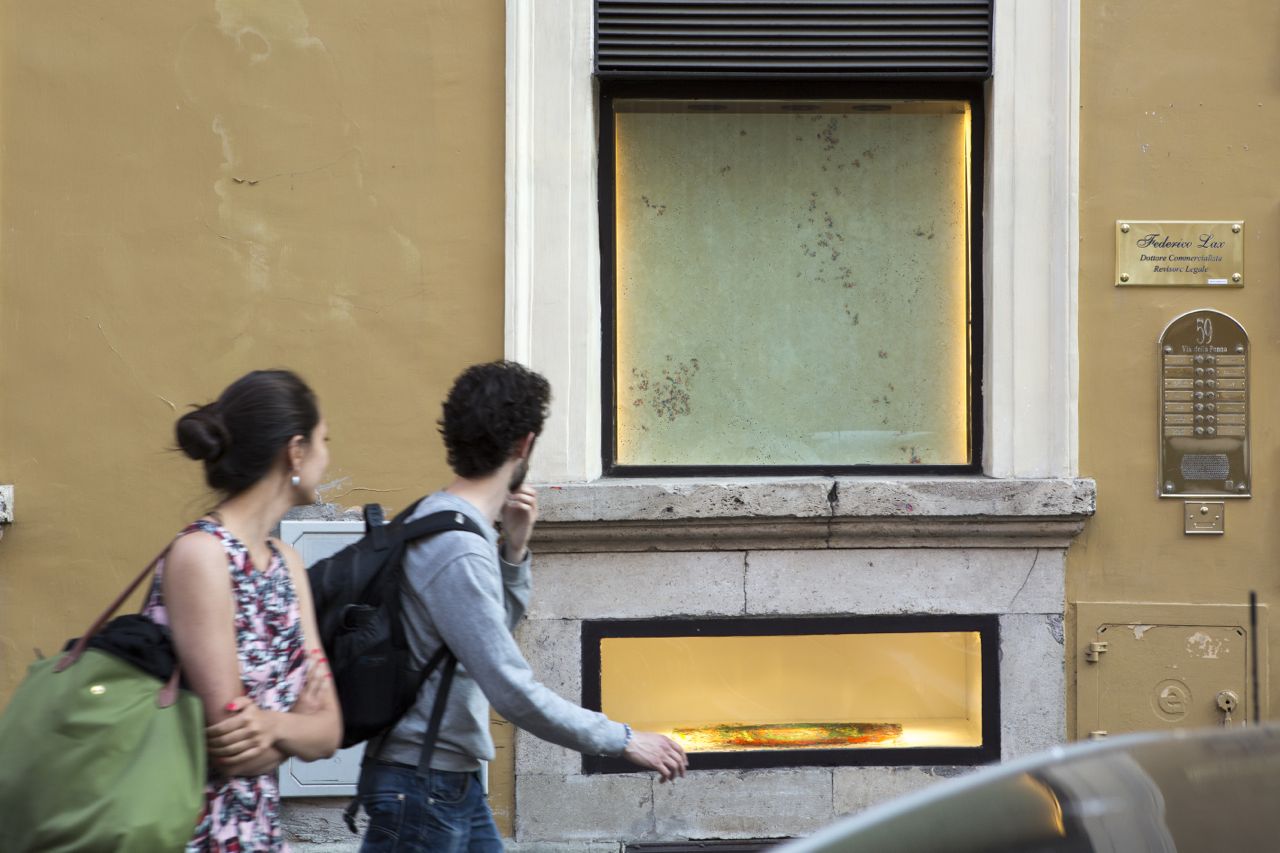 When do you realize that a work is finished?

Each layer is a picture, it’s something that is already over; at the same time each layer is only a transition. It’s like painting the same picture for all of your life interrupting it constantly on different canvases. I touch and detach, touch and detach, and so forth. Many fragments that altogether constitute one single body.

Venice ties to my palette. The depth of the lagoon, of the channels as the bottom of my jar within which my brushes drip. The magma on the bottom has formed over the time. Sedimentations as blotting paper imbibing the liquid color of water from the bottom upwards. 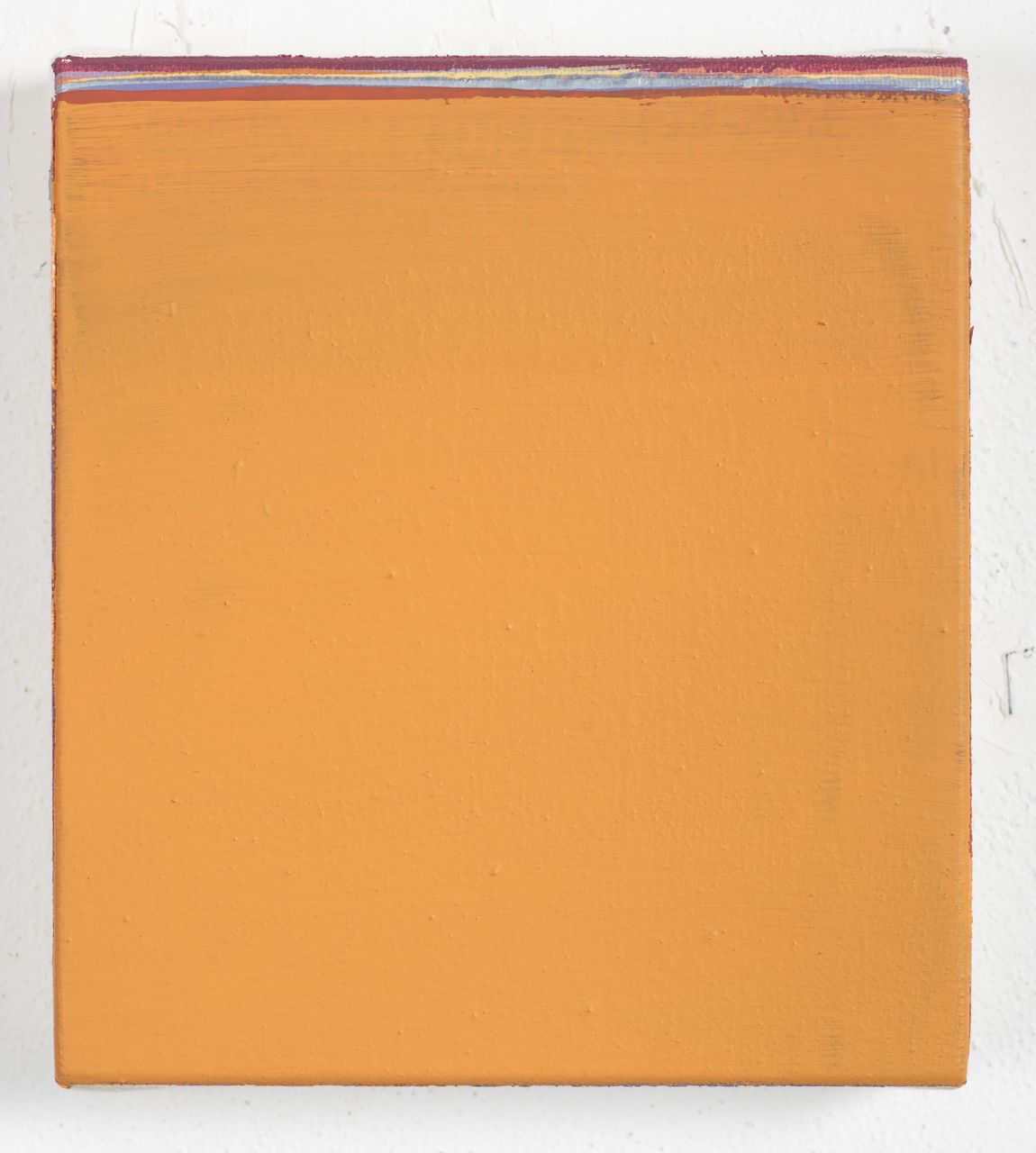 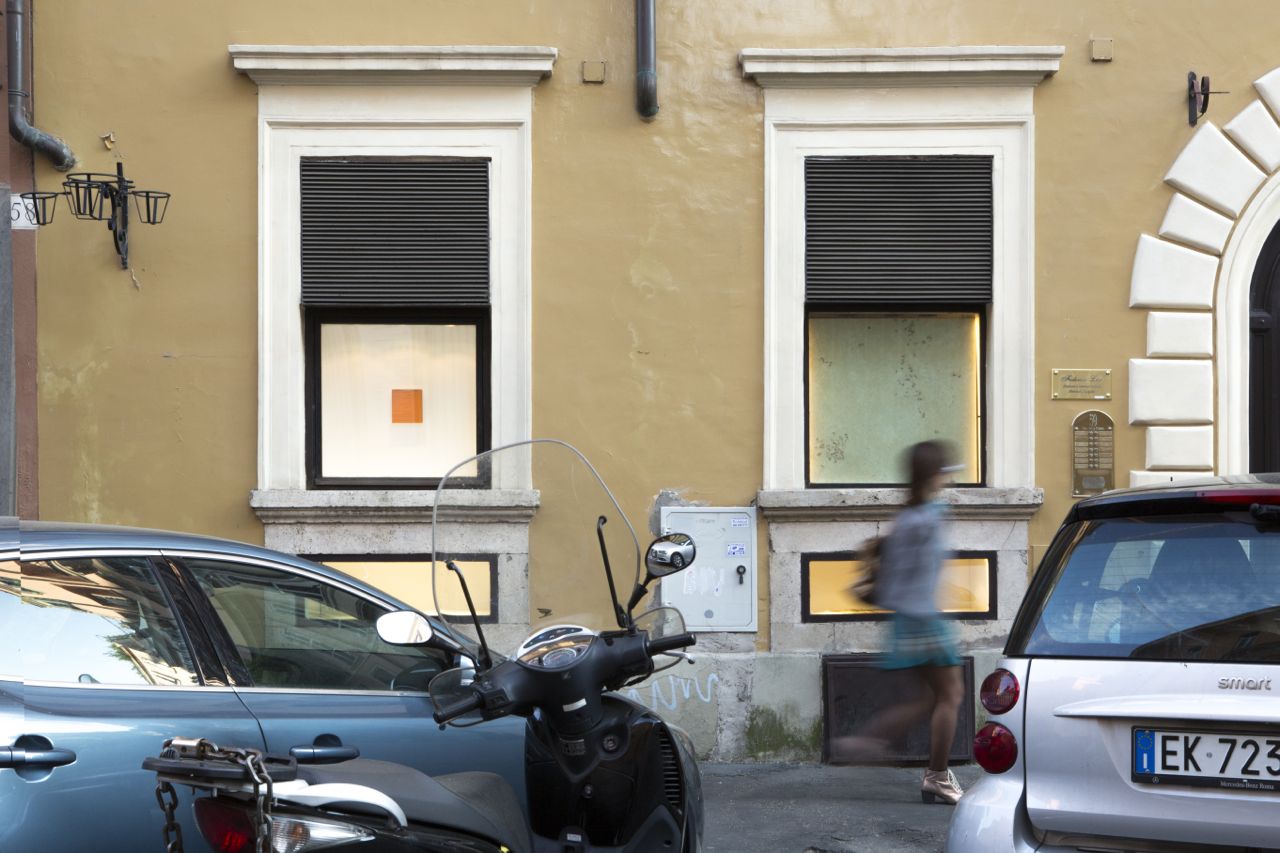