Short talk with Chicago-based artist B. Ingrid Olson about her solo show at cura. basement

Home » The Journal » Short talk with Chicago-based artist B. Ingrid Olson about her solo show at cura. basement

Where’s Art talks to Chicago-based artist B. Ingrid Olson about abstracting figures in her solo show “The vases my monitors their frames” at Roman space cura. basement.

“There are images that are stuck one onto the other, their materiality does not seem to be denied – they always retain, or so it seemd for an effect or such a mediated relation with a work, a materiality, a grain, and weight. Sometimes affirmed, sometimes denied, as the camera sometimes seems to flatten what must have been a pile of things deposited over time and occupying a space. So a gesture again, putting together, then putting away.“ – excerpt from a text by Cecilia Canziani 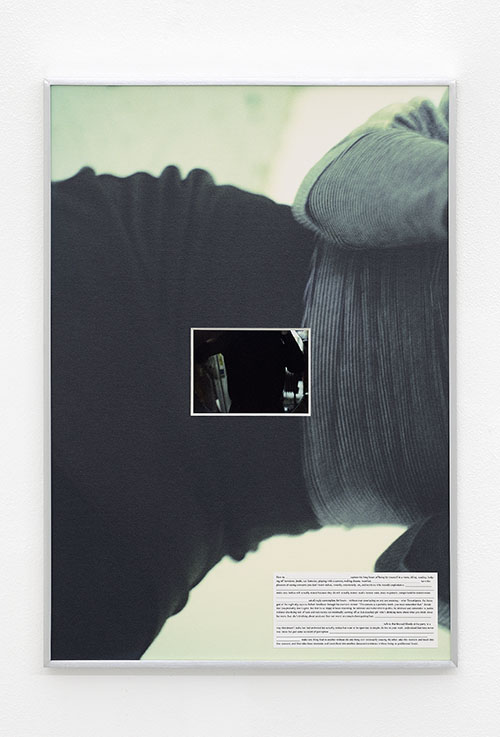 How would you briefly describe the exhibition you are participating in at the moment ?

The exhibition could be simply described as having to do with the prefix ‘re-’ (doing something again). Re- as in rereading, rephotographing, rearranging. Starting with the idea of cura. magazine’s LAB projects in which they have a writer introduce an artist’s project, curator Alex Ross and I devised a way to incorporate writers’ writing (Andrew Berardini, Cecilia Canziani and Quinn Latimer) into my process and eventually physically into the actual work for the show. Three pieces in the exhibition were made in conjunction with the texts. The exhibition as an entirety, I have thought of as an exercise in memory and perception. Again, the ‘re-’ applies: revisiting, rethinking, revising. 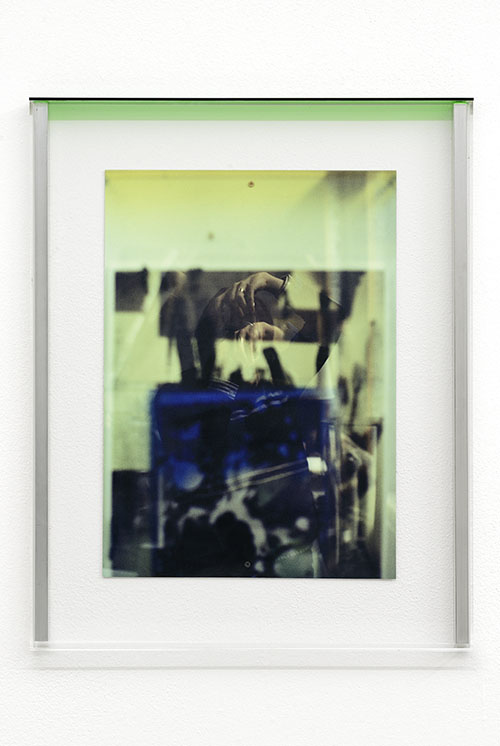 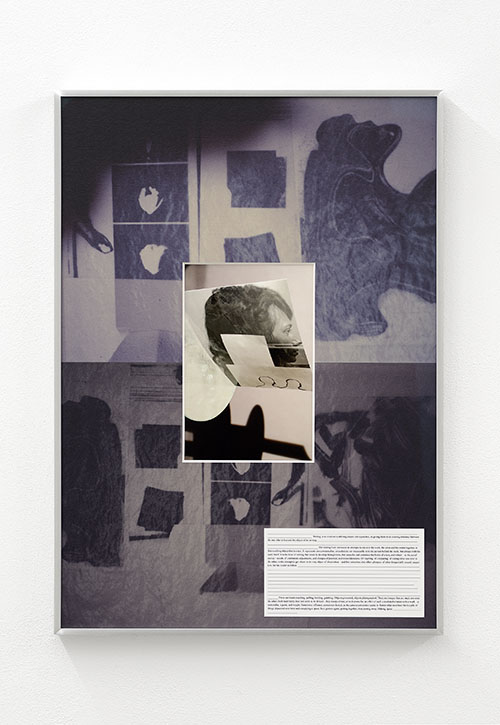 What is the function of the texts associated to the photographs as exhibited at cura. basement?

The texts and photographs were both made independently. I did not know the writers, they didn’t know me. We both came to the situation somewhat blindly, not knowing each other or what would come of the combination of image and text. After spending some time with the texts that they wrote (prompted by my past work), I took the liberty of excerpting the portions of their writing that I found generative rather than descriptive of my past work.  Trying to capture a similar tone to the writing, I selected images that related without being overtly illustrative. Wanting to be clear about the relationship between the text and images (related but made independent of each other), I decided to literally affix the excerpted texts to my works, mounting the text to the matboards. The texts are a starting point. 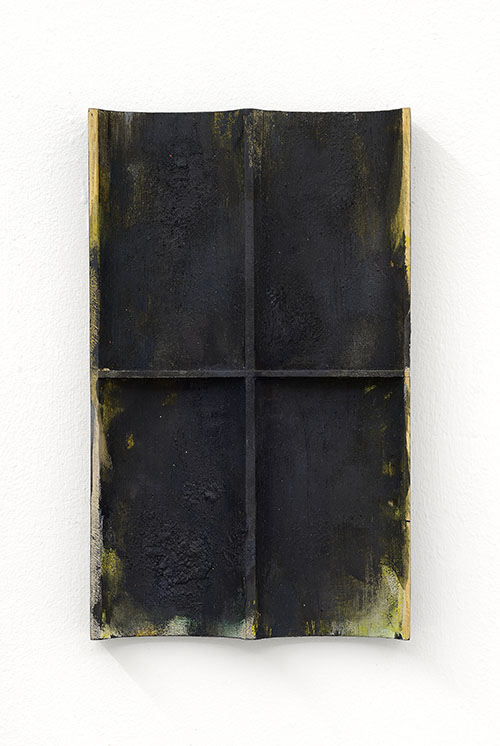 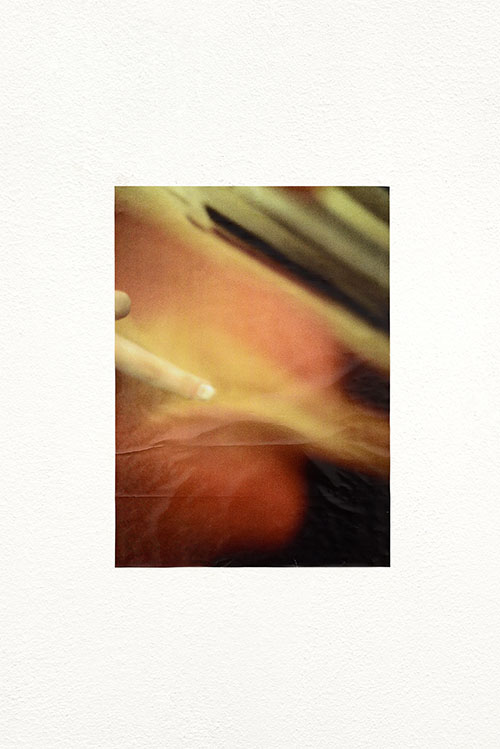 How do you comment the need to always search for explanation in our society?

I don’t really try to reconcile that.

The aspects of visible and non-visible as well as the notion of identity seem very present in your work and are hot topics in our current way to build relationships on the Internet. How do you interact with social media?

I like Instagram because it offers the opportunity to see into people’s lives in a somewhat intimate way, yet it doesn’t have the same feeling of being an avatar or a stand-in for a real person, the way that Facebook does. 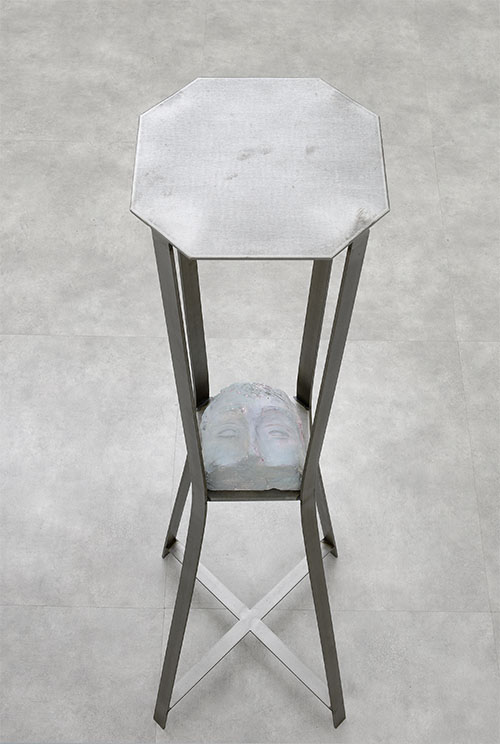 What is it in the world that mostly influences your work (music, horror movies, religion, books, economics, mass media, etc)?

The cost of living in Chicago is relatively low, and the art scene is pretty small. This means I have a large studio and not too many distractions from doing my work.

In some of your works such as Seeing to three, 2013 and No eternity, only recognition of self delay, 2013 short narratives seem to be unfold, how relevant is the storytelling to your research?

Not so much. Storytelling and narrative imply a specific time, a character, an arch, and ending. Fragmented narratives, loose associations, language as a structure, one thing leading to the next — these things are relevant to my work.