What you see is what you get: David Prytz on his solo show “Literal” at Galleria Mario Iannelli

Home » The Journal » What you see is what you get: David Prytz on his solo show “Literal” at Galleria Mario Iannelli

Danish Norwegian Berlin-based artist David Prytz’s installation conceived for his solo exhibition “Literal” in the space of Roman Galleria Mario Iannelli is overwhelming. A series of fragile mechanisms hanging from the ceiling and the walls give the viewer the impression of crossing a jungle-like eco-system. However material used for repair such as copper wire, acrylic glass, mirror foil and tape are here adopted to construct an environment in the betweenness of incompleteness and abstract finitude.

Where’s Art talks to Davide Prytz about his work showcased at “Literal” inaugurating the programme of exhibitions at Galleria Mario Iannelli. 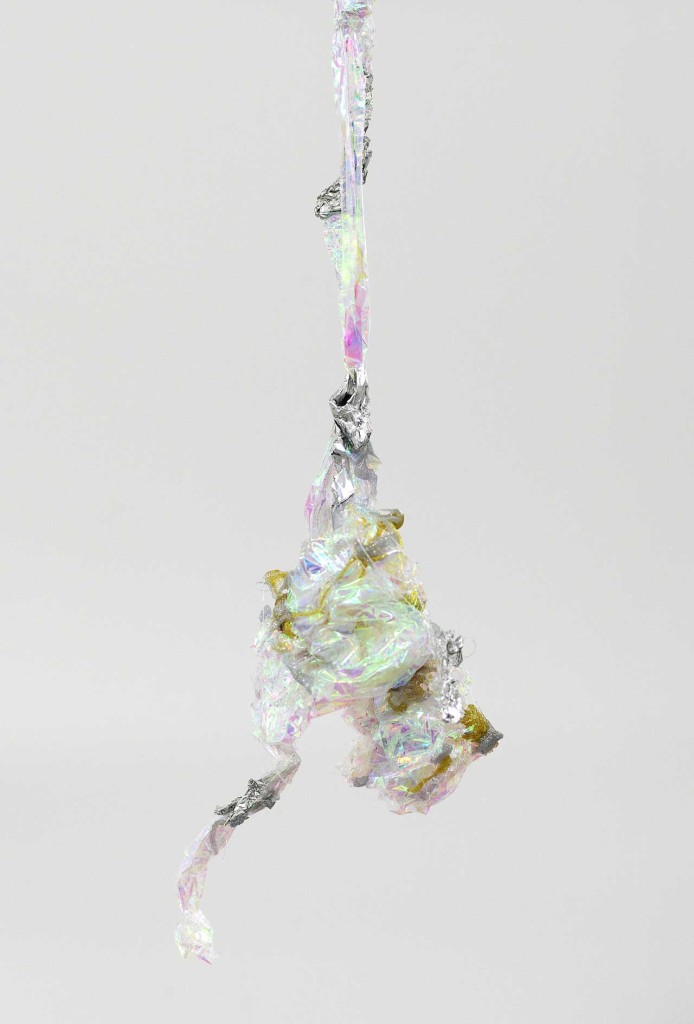 Let’s start with a very traditional presentation, what is your work about?

I like to see my different projects as the many sides of a coin flipping. But what lies as a fundament is somehow an investigation into a life – the state of continuing change, of affecting and being affected. A process we never get out of, even doing nothing is highly doing something.

To me, ends and beginnings are mere glimpses, or the peaks and valleys of oscilations, very brief ephemeral and as a whole, part of a larger scope of change. 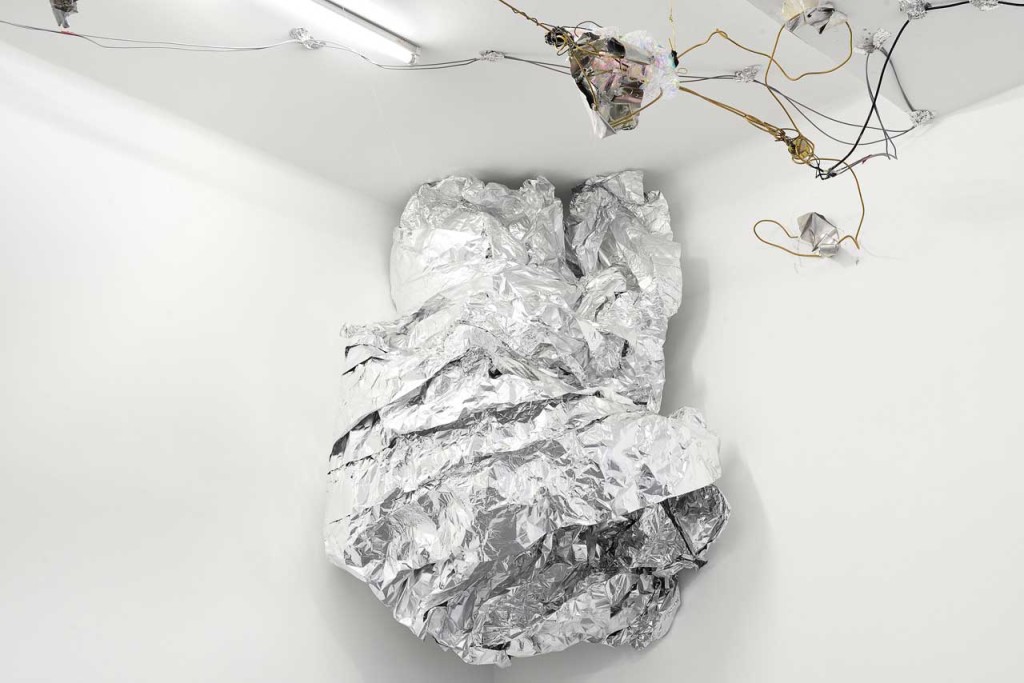 “Literal” is your first solo exhibition at Mario Iannelli’s new gallery in Rome and is centered on the overwhelming and complicated installation titled Tabula Rasa, again. Could you tell us about steps in conceiving this work? And, what brought you the title Literal?

It started in university, with a wish to see sculptures move or vibrate and as a reaction to much work I was confronted with that I found too produced. I wanted to get back towards an evidence of a hand, towards something idiosyncratic with a do it yourself  attitude, to move away from the magic, awnes and intelligence of much art.  That is not to say I oppose this type of production, only that I saw a space between this and the sensations of Arte Povera. I find there is much beauty to be seen in the so called ugly. Failure is always present and I severely need the feeling of risk. To try and try again.

So the smaller kinetic sculptures of my student years simply grew into the larger installation it is today, though with much thanks to Nils Petersen who curated and helped me with support for the first Tabula Rasa in Berlin. Hence the adding of “,again“ to the title here in Rome. A clean slate, again and again, to never forget where we are and that we always have the option to go the opposite direction if need be, to be open in and to the process. We’re not always fully in charge of what we do. The tiltle of the show “Literal” came through a want to be direct, no reference no clever hoops jumps or loops. An honesty, it is all there in front of you as finished or unfinished as one sees it, to do with what you wish, take where you want. It is not a description of the exhibition as much as an attitude I wish for the viewer to have when they enter. To take it literal, whatever this would mean to them. 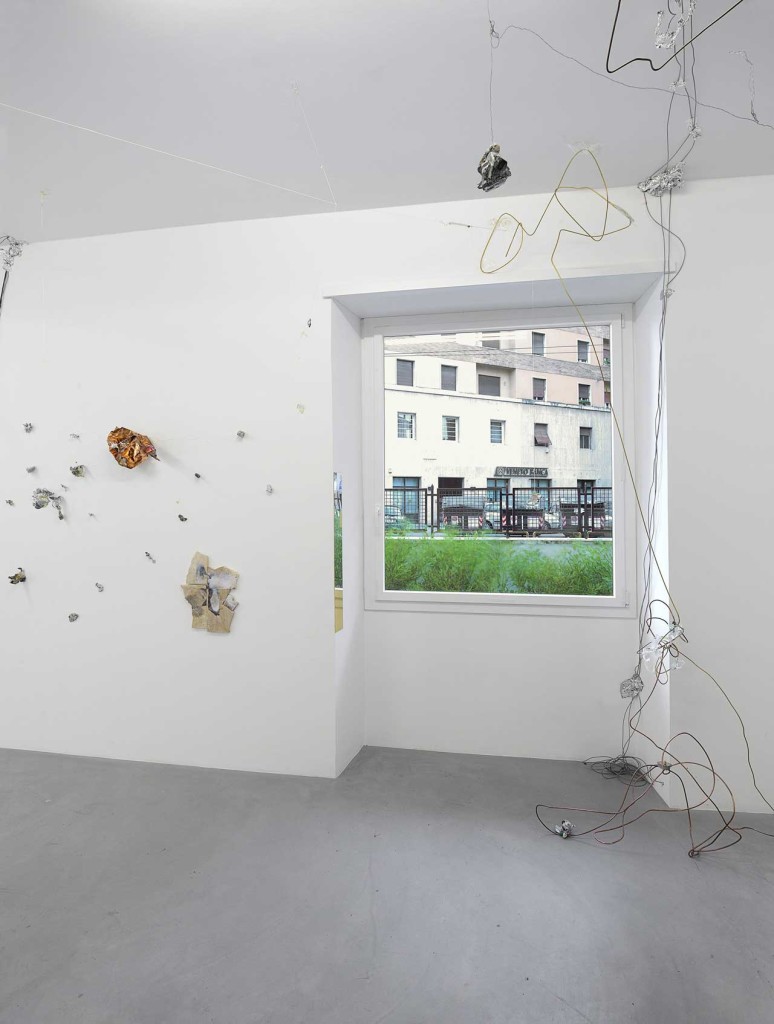 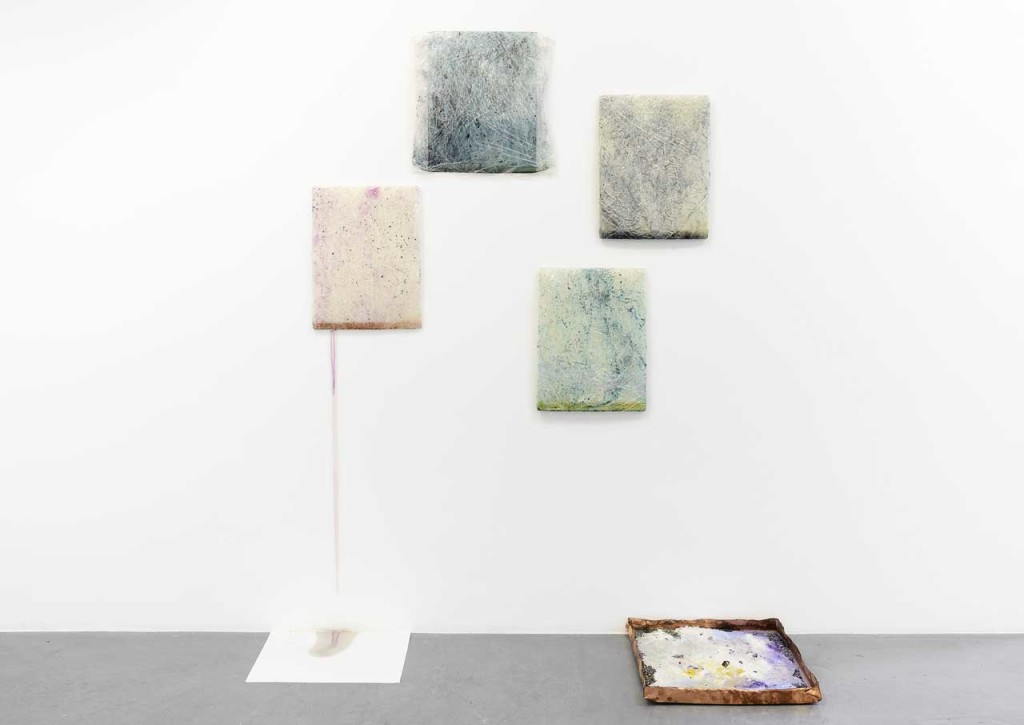 Do you consider every part of the installation more like an island on its own, or a system? And why?

What is an island to a fish? Islands are also parts of a system, it is only water that separates them from mainland, I guess we see it like this because water is not our element, but water is as much on top of the earth as we are. We ourselves can be seen as islands, maybe even more than islands. 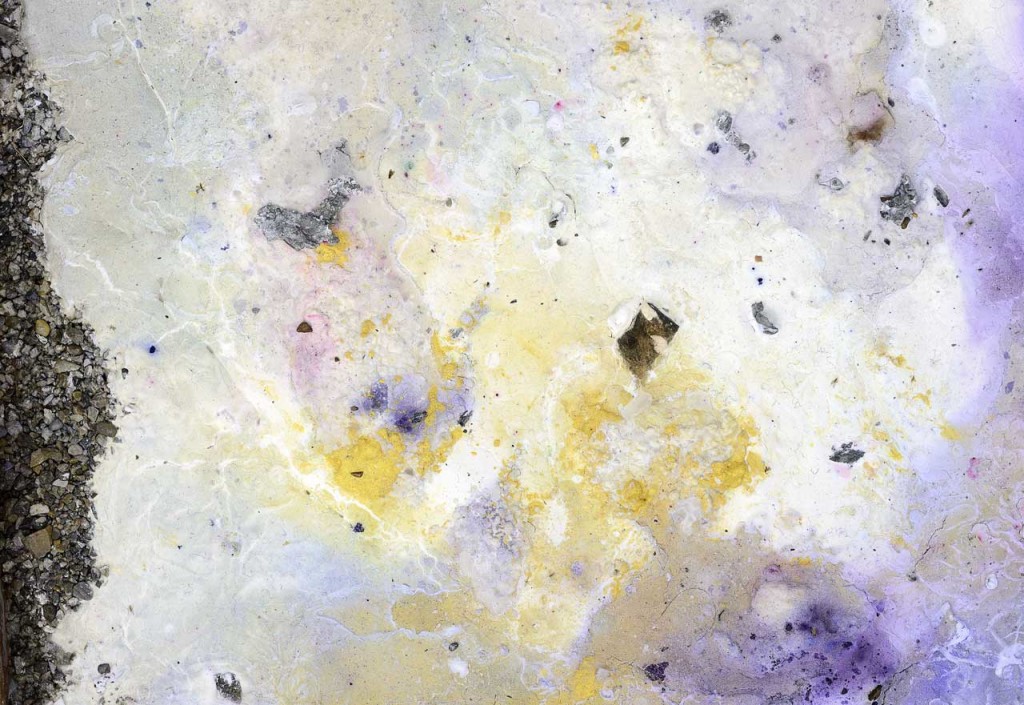 What is from the world that mostly influences your work (music, horror movies, religion, books, economics, mass media, etc)?

Music, most definitely. For it’s directness and immediacy. Pow, it’s there. Far more intrucive than any picture. Theory and philosophy play a major part as well, I need this as a human, to make sense of the world. And as an artist I see, digest and make. Science too, but i’m not a scientist as much as i’m not a philosopher. The world at large I guess, how ever pompeous that might come accross, it’s still makes me humble. Matter, we’re of it and it’s all around us. 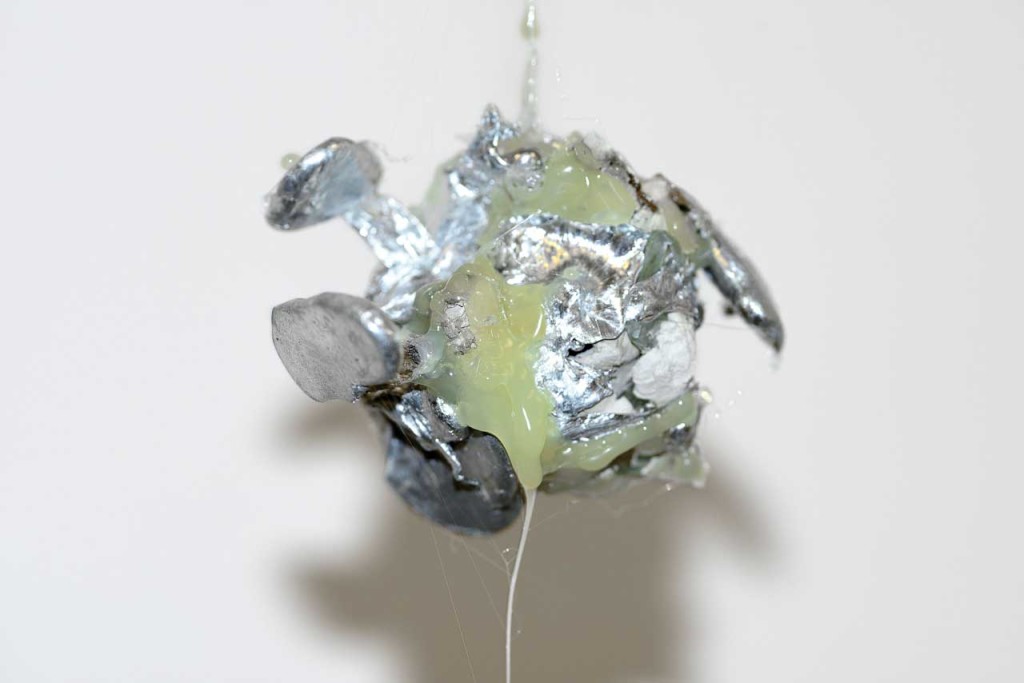 How much ‘planning’ or ‘instinct’ do you put into your works, particularly those on view at Galleria Mario Iannelli?

As little planning as possible as much instinct as possible. To play between the sub- and the conscious. I’m not too concerned about aesthetics. I have a stern belief that if you let go, dig deep,  keep it honest and blur the lines between the self and what the self makes it will work in the end. Besides, every time I try to consciously make something of beauty, my ego is readily there to make something that it thinks people might love. It always takes a turn for the bad. 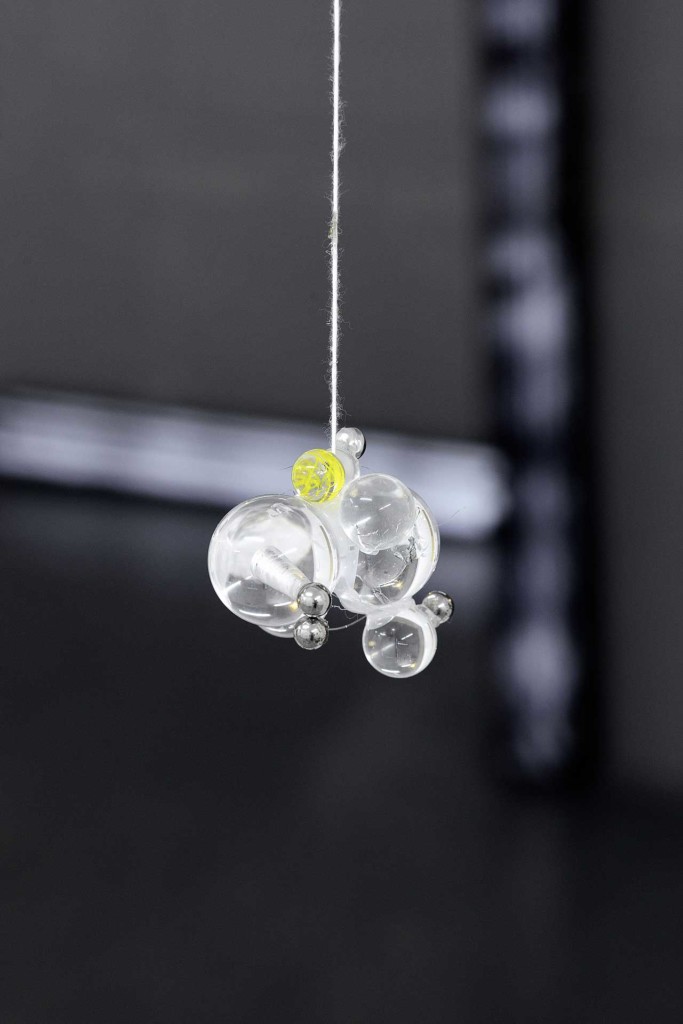 Which materials you prefer to experiment the creation of your work with? And why?

I love materials that are excactly that, not really objects or subjects. Before matter is really appropriated. Empty and just there, a little unknown. Especially pliable moldable materials, readily used, hardly ever seen. 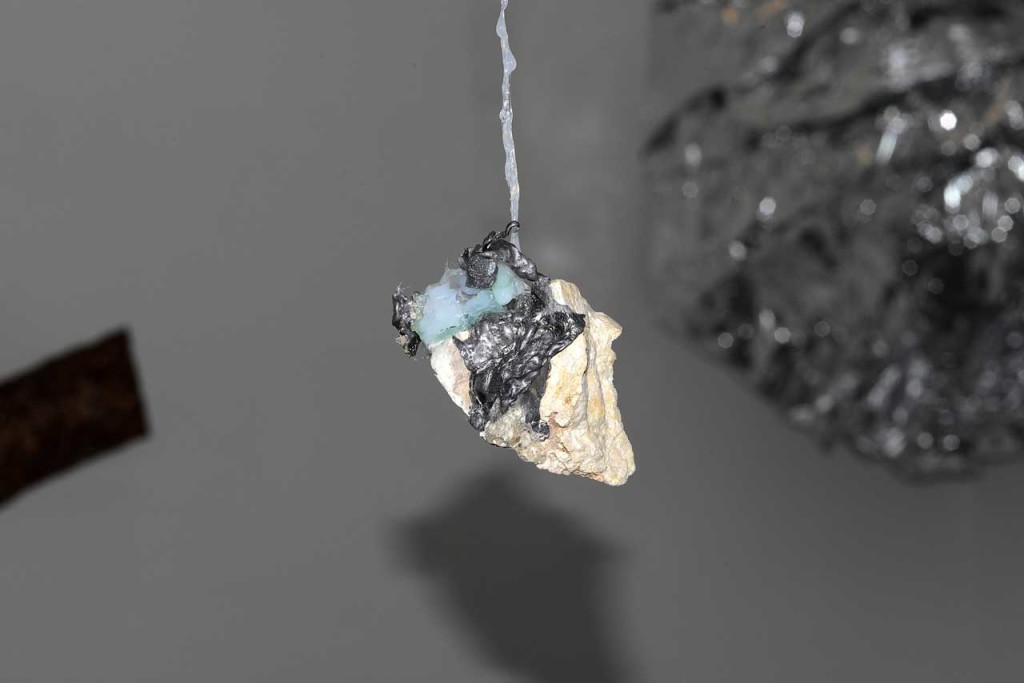 To what extent expectations of the public are integrated into your research and can contribute to shape both the form and the meaning of your projects?

Very important, this is why I work towards open and honest things, if you have knowledge of art history you might appreciate a thing or two that passes by the layman, but these things are of least importance I would say. This is where I’m inspired by the likes of Nietzsche end Deleuze – To disagree and most imporantly make up your own mind. I seek to create an experience. 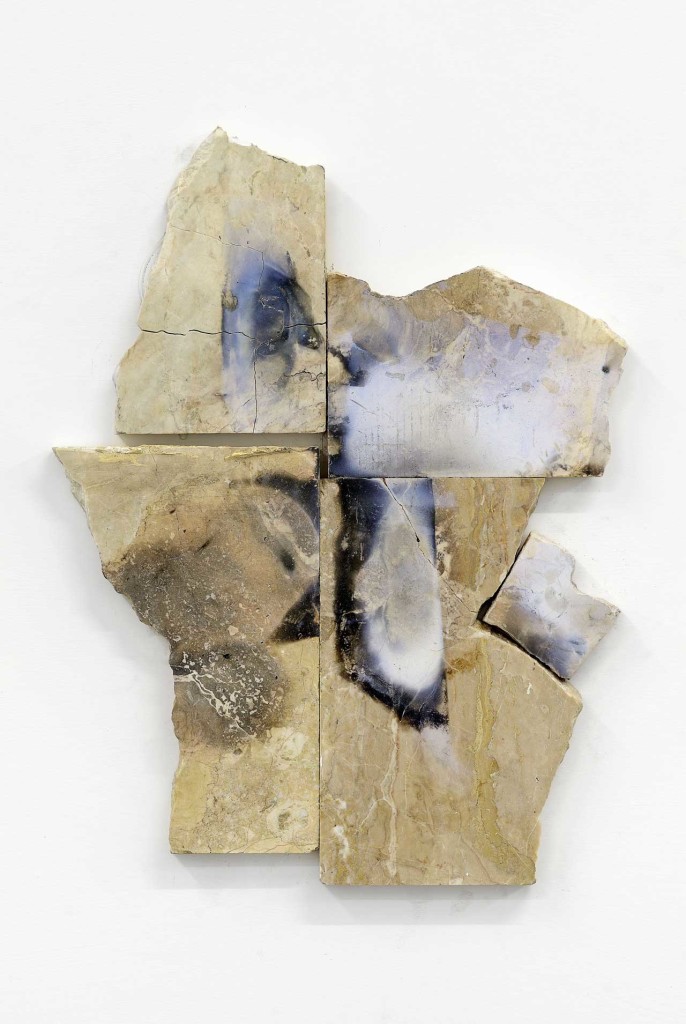 You live in Berlin that at the moment is considered one of the best and most dynamic cities for contemporary art. Do you think the place where you live influences your practice, and how?

Any place I have been to and its people has influenced me and still does. Berlin is important for its liberal attitudes and vacant spaces. Infact one of the arguments I’ve come across, against Berlin as a good city for artists is that you don’t need much to get by, so you don’t get the push of lets say, a place like London. For me this is great, I want to make and don’t want the push and bustle. But most of all, a big shout out to everyone in my life there. In the end those you surround yourself with, your friends, is what really makes a difference.